Wow what a night of entertainment! 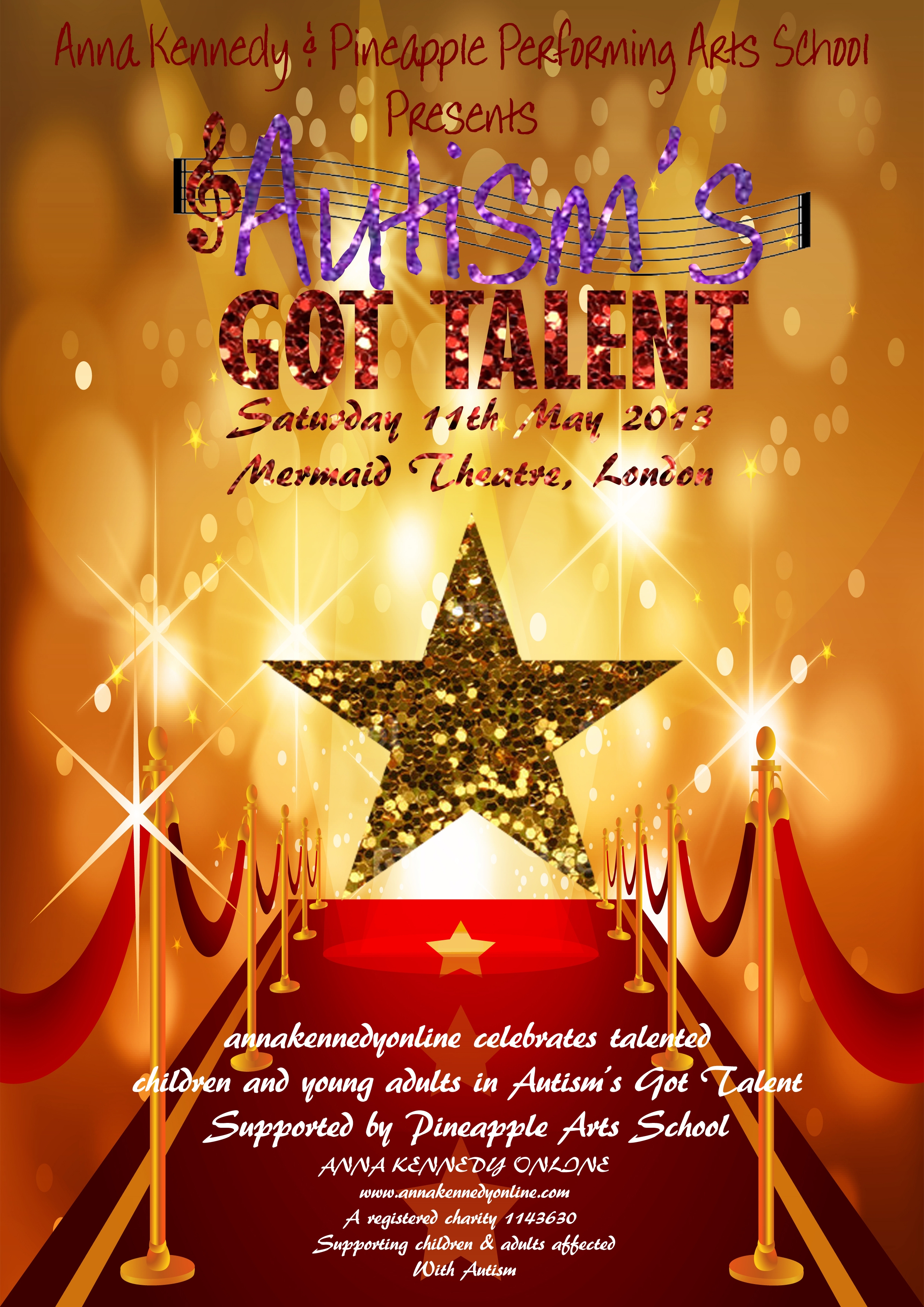 A talent show with special needs children performing? It sounds like a challenge but Anna Kennedy pulls it off with extraordinary results!

Arriving at the Mermaid Theatre in Blackfriars, London, I’m not quite sure what to expect. All the performers at tonight’s talent show are on the autism spectrum and have a range of needs and abilities.

I’m wondering how they will cope with being in a strange place and the sudden bursts of noise and applause, which can cause discomfort or upset for those with autism. As I take my seat, my heart is rather in my mouth. The brain behind Autism’s Got Talent is Anna Kennedy, Tesco’s Achieving Mum of the Year 2013.

Anna re-mortgaged her own house to set up Hillingdon Manor School for autistic children after she couldn’t get her two autistic sons into any full time education. She hasn’t stopped there and her latest venture is certainly proof of that. After wrangling with Simon Cowell’s team over picking an event name that includes the words ‘Got Talent’, they finally granted her a license and their full support.

With the Pineapple Performing Art School on board, author Kathy Lette, Military Cross recipient Lance Sergeant Markus Strydom, and MP Sharon Hodgeson presenting the acts, Anna looks set to deliver on her promise that this event will show everyone just what autistic people can do.

There are too many performers to mention by name, but amongst those that really stand out is James Hobley. At nine years old he couldn’t read or write and wore splints on both legs because he walked on tiptoes.

Within six months of taking up dance, he was unrecognisable. After wowing the nation on Britain’s Got Talent in 2011, James has become a patron for Anna’s charity. His dancing and ice blond looks are mesmerising – it’s hard to believe he’s still only 13 years old.

Ten-year-old Colin Brennan has come the furthest of all the performers – from Canada. Despite having extensive speech therapy to help him learn to talk, he has never had any problem singing. The song I’m different from Disney’s Honk brings a tear to everyone’s eyes.

There’s no doubt he has incredible talent – something the Duke and Duchess of Cambridge would agree with as they’ve sent him a letter of recommendation. Martin Finn appeared in BBC3 documentary Autistic Superstars. When you hear him sing, you would never guess that he has severe autism and is none verbal.

Twelve-year-old Joseph Ferris was also outstanding. Diagnosed with autism two years ago, he has always struggled to make friends and understand social communication – but on stage he blows us all away with his powerful and soulful voice. He’s certainly one to watch.

Autism’s Got Talent has been a surprising evening, showing the ability of those with autism in a personal and impact way. Topped off with inspirational talks from kick boxer and Olympic gold medal winner Jo Redman, who has Asperger’s Syndrome, and author Kathy Lette, who has an autistic son, it certainly opened my eyes.

Events Wow what a night of entertainment!