By the time he was five, James had been diagnosed with cerebral palsy, epilepsy and autistic spectrum disorder (ASD). This triple hit was difficult for all of us to take. The labels seemed disproportionately heavy for our fragile blond child with the heart-breaking blue eyes. The feeling I had was like looking at a toddler wearing his father’s jacket, where the shoulders are much too broad for his small frame. But as James became larger and heavier, we began to feel the reality of the diagnoses.

His incontinence was a challenge. Changing a cooperative baby is a doddle for an experienced parent; changing a six-year-old who wants to find out what is in his pad and then eat it, is another matter.

He became more rigid in his behaviour. He developed obsessions, such as wanting only to watch Teletubbies or Fireman Sam and having tantrums at anything else. He couldn’t cope with the unpredictability of TV, needing instead to control his characters by constantly rewinding videos. He must have watched Naughty Norman Price steal an apple about a thousand times.

He developed a phobia about going out. He would attack his brother and little sister if we tried to get him in the car, and was often terrified of leaving the house. He would be awake for hours each night and needed to be checked in case he had a fit, or hurt himself with manic rocking and bouncing.

All of this happened so gradually that we didn’t see how destructive it was; we just felt as if a dark blanket had been lowered over our household, slowly suffocating us all. We had no sleep and no liberty.

Please read the rest of this article on SEN Magazine : https://www.senmagazine.co.uk/articles/1204-a-cry-for-help 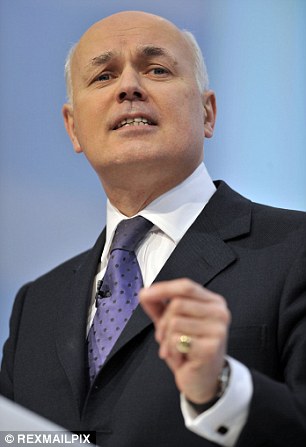 Q&A: Disability benefits and you 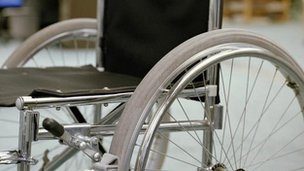 Changes to disability benefits have come into force in some parts of the UK – marking the latest in a series of alterations to the welfare system.

New claimants in some of the North West and North East of England will now apply for Personal Independence Payments (PIP), rather than Disability Living Allowance (DLA).

The rest of the country will follow suit in the coming months as the system switches to the new form of financial support.

Disability benefits are extremely complex, and part of the aim is to simplify the claiming structure. However, the transfer has proved controversial.

The government maintains the new system will be fairer, but some charities argue that thousands of people will see their financial support withdrawn.

What is DLA, and how will it be replaced?

The benefit is available to disabled people who have difficulty walking or getting around, or need help to look after themselves. It is tax-free and is not linked to people’s income.

Over the next few months, this will be replaced for claimants aged 16 to 64 by PIPs. The new benefit requires an assessment, partly written, but often with a face-to-face assessment.

Read the rest of this article by clicking this link:  https://www.bbc.co.uk/news/business-22064784 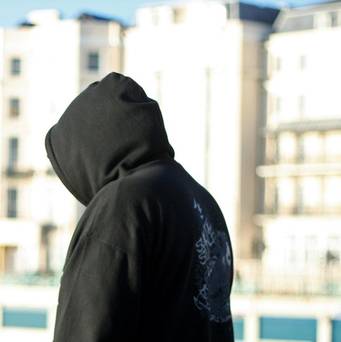 In a new report on school exclusions Dr Maggie Atkinson warned that there is an “unacceptably high” link between a pupil’s background and their chances of being permanently excluded from school.

It found that in 2010/11 children with special educational needs (SEN) were nine times more likely to be excluded than their classmates.

And boys were three times more likely to be expelled than girls.

The report also found that children from some ethnic backgrounds were more likely to be excluded than others.

It warns that for children who fall into more than one category, the likelihood that they will be expelled increases.

In her foreword to the report, Dr Atkinson suggests that a Black Caribbean boy, who has moderate SEN and is eligible for free school meals is 168 times more likely to be expelled than a white female pupil with no SEN and from a more affluent family.

She says that there are complicated reasons for this that are not limited to school.

Boys and youngsters with special educational needs are still much more likely to be expelled from school than their classmates, the Children’s Commissioner said. 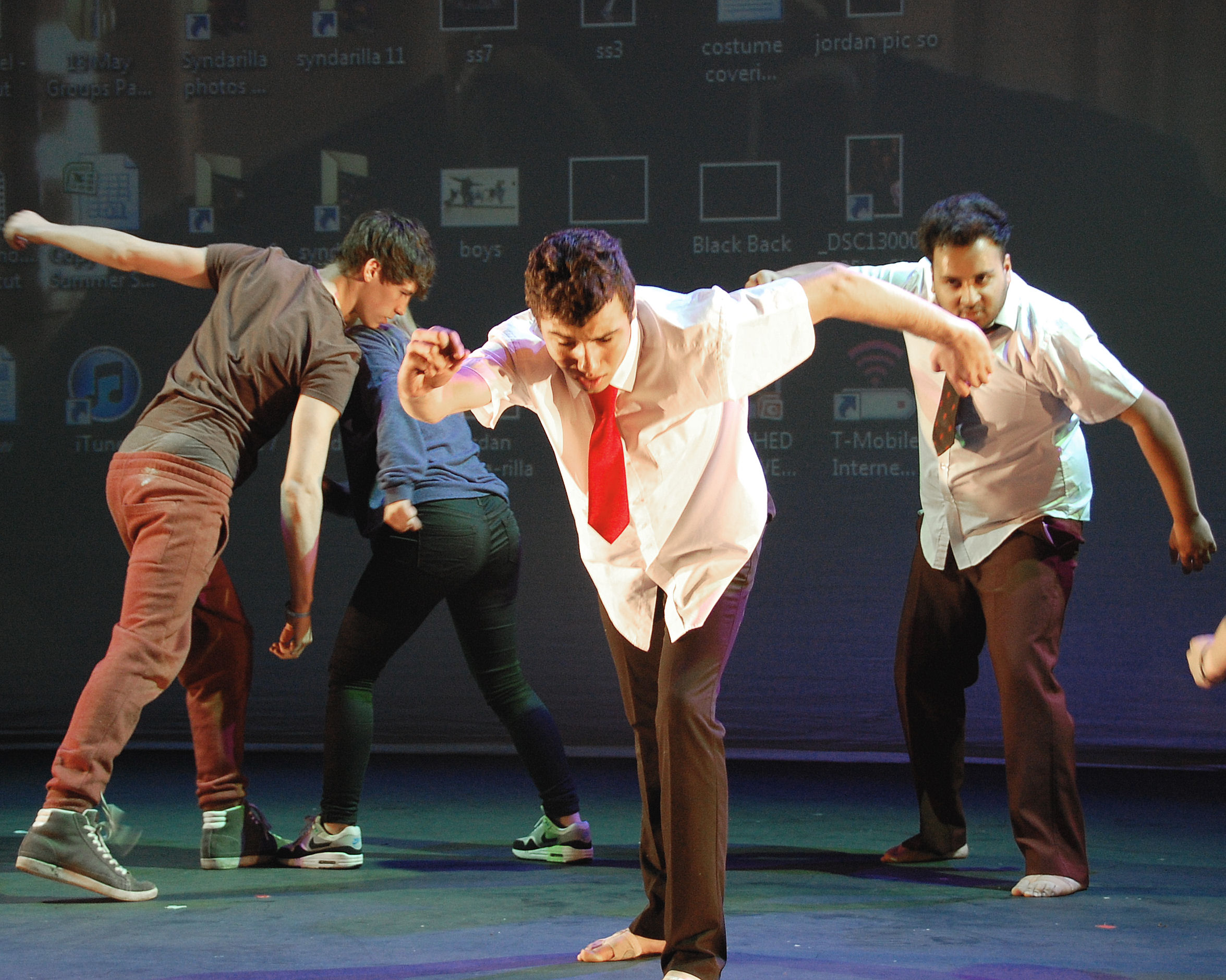 On Saturday 11th May at the Mermaid Theatre, London,
‘Anna Kennedy Online’, supported by
Pineapple Arts School, once again presented ‘Autism’s Got
Talent’. This was a great event, not only for the audience
but also those performers coming together to take to the
stage. Anna and the AGT team brought together a diverse
group of people from across the UK who are all on the
Autistic Spectrum to show everyone just how talented they
really are.
Author, Kathy Lette was one of the famous faces at the Autism’s Got Talent show.
Kathy, whose son Julius was diagnosed with autism when he was three, is patron of
Hillcrest Autism Services, which runs Baston House School in Bromley.
Children from the school joined others from Hillingdon Manor and West London
Community College entertained an audience of 500 with song and dance.
Madeline Hardy, 16, from Baston House sang Adele’s ‘Make You Feel My Love’.
Dancer, James Hobley, a previous finalist in Britain’s Got Talent and a young patron
of Anna’s charity, also performed.
Anna Kennedy OBE who co founded Baston House School said: “I am so proud of all
the children and young people since I know how much they have progressed. I am
now working on ‘We wear it for Autism’, a Charity Fashion Show which will be held
on September 10th at Vinyl Factory in Soho, London. If you know of a mum or dad
that would love a makeover, please contact lisa.robins@thevines.org.uk”

Hillingdon Manor is just one aspect of Anna Kennedy’s success story, a result of her
determination to create a place for her two sons, and other children with autism
to experience the level of education and support in which they could thrive and
grow. The result of the blood sweat and tears poured into making this happen is
Hillingdon, which offers a specialist school where mainstream and local authorities
couldn’t provide.
It all started in 1999, after Anna’s sons were turned away from 26 special needs
schools for her two sons. Not one to settle for second best, Anna was hell bent
on creating a school environment that was good enough for her sons. So, she remortgaged
her house and created her own! Yes, you read that right, she built her
own school. She transformed a derelict council building in Middlesex, West London
into Hillingdon Manor School, thus creating the perfect, supportive environment
for her children and plenty of others too….
Across three sites, the school is special in many ways, providing excellent levels of
tailored teaching, extensive therapies and support for children and young adults
with autistic spectrum condition. The school, which is now a centre of excellence
for children and young adults with autism, has earned considerable recognition
for its outstanding work and early in its life caught the imagination of Esther
Rantzen who is now Hillingdon Manor’s patron. The school has provided so much
for families and transformed the way in which they view their future, its provided
success after success story.
Making education accessible for Key Stages 1-5, Hillingdon provides a wealth
of activities to assist the young people in their educational and personal
development. Activities such as tending to the allotment, going on group trips
bowling and even creating jam to sell to regular customers as part of business
enterprise, are all ways in which a child at Hillingdon excels.
Hillingdon’s Principal, Akinyi Dulo, explains: “I am in the very fortunate position
of being able to say that I love my job. There are many moments that make this
job special; when a student initiates a conversation with you for the first time or
tells you what fun they had experiencing something new. When you are shown
a piece of work that speaks volumes about the progress made by an individual,
watching the wonder on their faces as they discover something new in the sensory
garden or the science laboratory; seeing them holding their nerve during formal
examinations; taking the bus to town and just learning to cope with the numerous
anxieties that autism presents. My underlying feeling is always one of pride, and I
feel privileged to be working at Hillingdon Manor School.”

To find out more, visit www.hillingdonmanorschool.org.uk our new innovative website will be live very soon.

Anna recently won Best Autism Services in UK for 2013
at the Laing and Busson Independent Specialist Care Awards.
This prestigious award was presented to her by Chief Executive of National Autistic Society,
Mark Lever.

A teenager who was diagnosed with autism and told he would never be able to read has been tipped as a future Nobel prize winner.

Jacob Barnett, who was diagnosed with moderate to severe autism at two years old, is now studying for a Master’s degree in quantum physics.

Experts say the 14-year-old student from Indiana has an IQ higher than that of Albert Einstein.

His mother Kristine Barnett, author of The Spark: A Mother’s Story of Nurturing Genius, told BBC Breakfast she initially found it hard to get Jacob the right education.