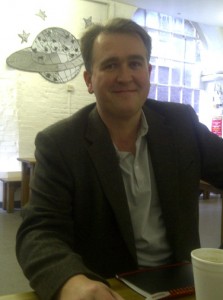 If I could speak to EVERY SENCO…….Do they know those days are golden?

As you go through this article I want you to open this link and when you read ‘My name is Austin’ hit play and continue reading as it is significant to the message https://www.youtube.com/watch?v=NItwaz0nLJA

Speaking at a SENCO conference recently, the reaction of those present has spurred me on to write this down. The frustrations and anger of many parents linked to Autism are something we are all too aware of. Daily I have to speak to those who feel their child/children are being failed. Often I will advocate for them when time and travel allows. It’s part of my role and part of what Anna Kennedy Online is all about. Within those frustrations people often get angry and upset which is only natural. No matter what any ‘system’ sets out or a ‘person’ says you just want the best for your child. You take what sometimes begins to seem like punishment at home…….the tears…..the screams…..the challenging behaviour. Long sleepless nights combined with all the other stresses and strains mean you just want everyone else TO DO THEIR JOB.

Does the SENCO/Teacher in question get the support a

nd backing they need? Have they been given all the training possible? Were they even given a choice in the role? Are they given misinformation by those above them and sometimes set up to fail?

We don’t often ask ourselves those questions. Why should we? From here this now all too often negative situation can build where parents and SENCOs are at loggerheads with each other. I could list the many issues and actual failings that are highlighted to us or those we have witnessed for ourselves. Pouring scorn would probably be easy, however, it would be unfair as many in that role ARE good and doing their best and some others do just have their hands tied while they have to take all the flak.

So, how can we reach out to those who maybe aren’t following the path we expect them too? How can we enable those not doing so well right now to do better? How can we give strength to those with their hands tied to make a difference? In our training sessions I am renowned for my tangents. They can float off anywhere at any time, but, they always have a point. I’m going on a little journey now, a personal one. Very personal and I invite you all to walk with me. When we arrive back here I hope the point will be noted and accepted.

‘My name is Austin’ and I suffer with mental health problems. I have been Bi-polar and had other issues since…..well since I can remember. The world has always been a very different and strange place to me. Many of the problems that I face now I faced back then. That child walking into school and going on the journey through education felt just as I do now but he had no idea what any of it meant. I feel sorry for him.

I wish by some magic I could appear before him now, maybe transported back through time by The Doctor, so I could tell him that everything IS ok. I want him to know that he should speak up and tell others how he feels. The struggling alone that I know he will do I want it to stop.

There is so much darkness around and within him that I would dearly love to bring some light to. It is not my wish to remove and change everything as that would mean changing WHO I actually am now. However, to just lighten his burden and torment within a little could make such a difference and build his own worth and self esteem. Help him to understand others better and stop him from physically hurting himself. Most of all let him step away from that act put on for everyone for a while and just be himself.

Sadly, I can’t do that. For a while back then there seemed to be this ever decreasing spiral. The world just seemed to move around me and there was no access point for me. Teachers would treat me with contempt because I spoke frankly and was too switched on for them. Let’s push him out the way. I would stand my ground and fight my corner…..never the one to just accept that sometimes teachers are wrong but there is nothing you can do. I would speak up and that just brought trouble. I didn’t much care for this ‘Setup or System’. I was falling out with the world and a negative course was set. One day a teacher in a school I was moved to stopped and spoke to ME. She didn’t speak AT me or THROUGH me. She spoke to me about me. This teacher asked me to write a piece for her on what I thought about the world. Because she had engaged with me I took the time to write that piece. A few creased A4 sheets with grammar and spelling that someone half my age could have bettered, due to my then unknown to me dyslexia, were handed in. I knew this would come to nothing. No one cares.

Trouble is something strange happened. This teacher wanted to talk with me about what I had written. Her eyes opened widely and she smiled as I spent a whole Lunch hour explaining my poorly written ramblings. This teacher was interested in THE PERSON before her. She wanted to engage with me more and further open up this world that was being held within me. Lesson

s and School structure being what they were it wasn’t going to be easy to reach into me. So, she took it upon herself to offer me extra lessons at break times and at the end of the school day. While learning more about me and helping me to express things better she started to work on my spelling and grammar. The person within me didn’t change but my acceptance by others did as I learnt to hold my tongue and pick my battles. I wasn’t just ‘bright’ now; I was learning how to wield those skills and abilities. The world of literature and drama opened up to me like nothing had before. I was still dark and hurting inside but I had found new ways to cope and express who I was. Many of us go through that ‘lippy kid’ stage. It is part of our development and from there we progress on into life. Sad to say some of us for many reasons don’t. For a while maybe I was going to remain that ‘lippy kid’ kicking around on corners never progressing on into life. Luckily for me that teacher took the time to help and nurture me. I built from there the person that I now am. I walked from that school and followed the written word out onto the stage in many a theatre and my life was set in motion. That person made a difference where no one else within school or education wanted to. There was no SENCO.

So, as we wander back from my little journey what was the point? Simple, if you are a SENCO why not be that teacher from my past. Embrace what wonderful chances you have to give opportunities to those who can’t easily access them. Stand for what YOU believe in. Be that life line that really can help children to access the rest of their lives. You have the ability and chance to make such a difference so why not JUST DO IT. If there are barriers to be faced and tied hands to contend with then TELL us. Share that information openly with parents and families making them a very real part of what is going on. Parents, let’s do what we can to try and pull down some of those barriers ourselves. Rather than fighting over the top of those barriers let’s do our bit to bring them down. Let those people know just how important their role is. Encourage them to fulfil that role to the best of their abilities because we will ALL stand with them. Remind them not only of all those others in life who have succeeded because of the intervention of another, but, also make them think of those people who played a significant role in THEIR life. Behind all of this is the fact that in coming together we can help all of those with

Special Education Needs or Disabilities to live some of those ‘Golden Days’ that we did as youngsters rather than just being left on the side lines. Let’s give and make sure they have the same opportunities that we did. If they want to build a rocket so be it, let’s not hold them back. Let’s help them with those dreams even if it is the stars they are aiming for. When you were all young you had that chance to DREAM so we should not now take those of others away. Why not take a few minutes to listen to that song again and just THINK about all the people who helped you build your ‘rocket’.

(A credit to the band Elbow for the song ‘Lippy Kids’. Music is a constant inspiration in my life and without I would be lost)