An update from our Irish Autism Ambassador – Daniel Docherty 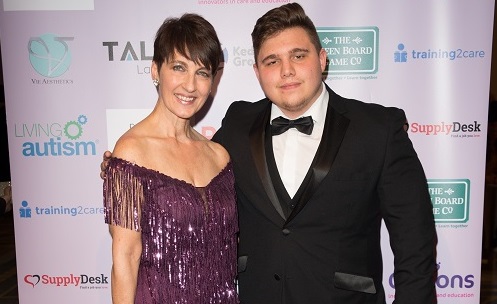 With 2019 being an exhilarating year for me, becoming an Ambassador for Anna Kennedy Online, Singing and giving various talks on Autism as well as studying Psychology in my second year, I decided to take a well deserved rest from these activities over the Christmas Holidays albeit keeping up my gym work.

November and December were the most occupied months in my year with a talk for Bluebird Care, a three hour lecture on behalf of University College Cork on Autism and on top of this an excursion to Chelsea Harbour Hotel in London to sing at the annual Autism Hero Awards. That was only November. During December I sang at three separate Christmas services in Churches including one on Christmas eve.

To accompany the busy nature of this time of year I also completed my College examinations. Proceeding the Christmas period my first obligation was a trip to Castlecomer Community School where I gave a talk on Autism and sang two songs as part of their Autism Awareness week.

Since returning to college I also joined The Lady Desart Choir and this has proved to be a great experience thus far.

The events do not stop there. At the end of March I will be singing at the Ausome Autism conference and at the beginning of April I will be speaking and singing at a conference for Tusla, a government agency for the welfare of the child and family.

In 2020 I hope to be in the position to improve upon work done in 2019 as an ambassador and to explore new avenues and novel approaches to raising Autism awareness and acceptance.

News An update from our Irish Autism Ambassador – Daniel Docherty