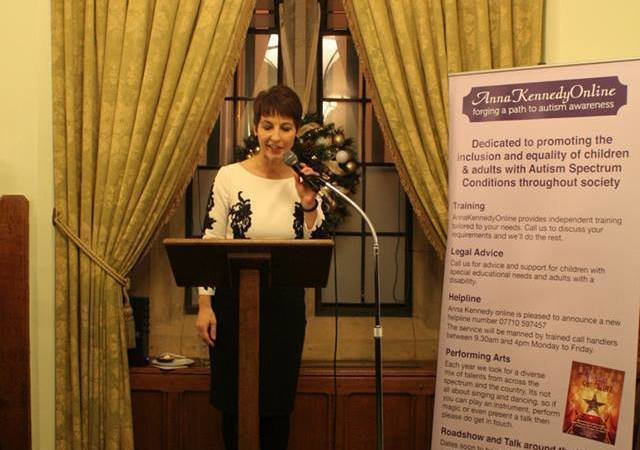 Autism Diagnosis wait times is in the media and across social media about wait times once again!

Anna has been speaking to families for many years and sharing that families are waiting up to 5 years and this came to light in 2013! Parents are complaining of waiting between two and five years for a diagnosis for their child, and it is very much a “postcode lottery”. Two years ago Anna read an article that in central London families were waiting as long as a year for diagnosis, despite waiting time guidelines of three months.

Anna shares she understands from Government there are complex reasons for the delays, including increased demand for the assessment which had increased “significantly” in the last few years due to wider awareness about autism.More families may believe their children are on the spectrum due to charities like AnnaKennedyonline forging ahead to raise awareness and acceptance.

Anna and her team previously undertook a survey of 2,000 parents, who reported an average waiting time from first reporting concerns to professionals, to diagnosis, of three to five years. Recently Anna asked her social media followers how long they had waited for their child to receive a diagnosis and was flooded with hundreds of messages from frustrated parents. They told of waiting times from anywhere between months to seven years. She said the access to special needs services, which includes an educational psychologist’s report and a limited amount of free speech and language therapy on the NHS, appeared to be a “post code lottery.”

While some parents Anna has spoken to over her years campaigning did avoid seeking a “label”, others told Anna of being dismissed. Some were told their children had behavioural issues or that their parenting was poor, but then a diagnosis came many years down the track. A recent survey found one in 10 parents said they ended up paying for a private diagnosis.

Anna Kennedy said going private cost in the thousands of pounds, and left many families at a disadvantage. Anna shares the gap in services needs be addressed nationally. “I personally think it’s to do with the cutting of services. I totally get that there’s only so much money in the pot, however, as the mother of 2 men on the spectrum  – It is key that children are receiving early intervention as soon as possible once given a diagnosis of autism. Time is of the essence!”

Here is a separate article from Psychreg: https://www.psychreg.org/autism-diagnosis/

A recent research conducted by charity Ambitious about Autism found that from their child first being referred for an autism assessment, 46 per cent of parents waited longer than 18 months for a formal diagnosis. Some parents reported waiting for more than three years. Click here to read the full article.