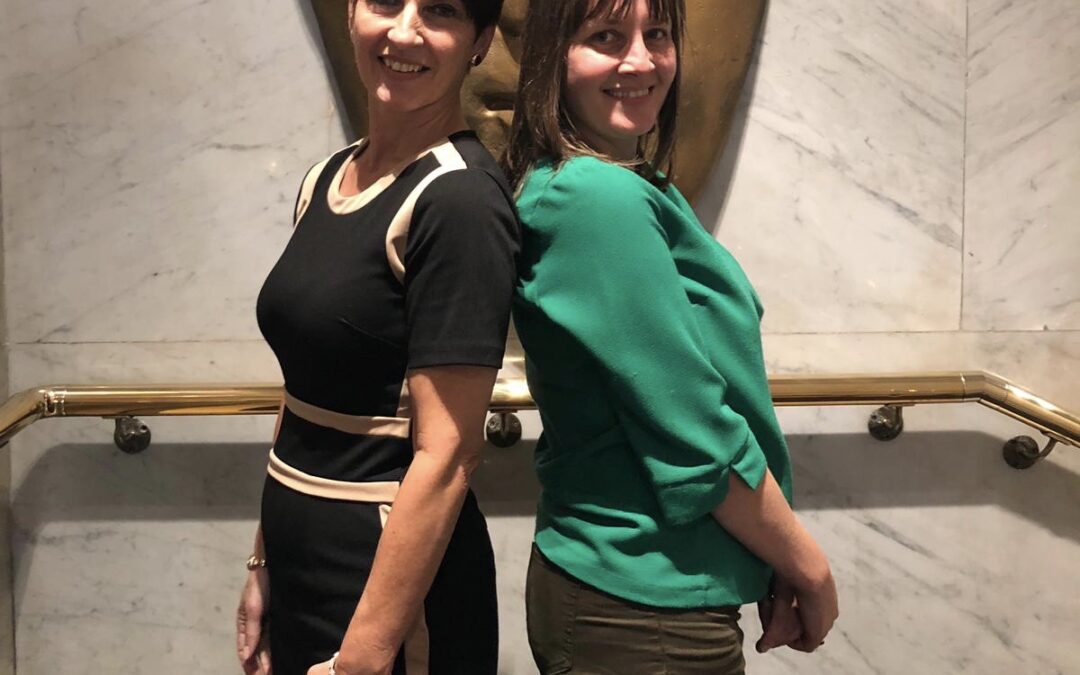 Last week my guest on Chrissy B was Indie film producer Julie Wallman. We pre-recorded my next Autism piece and it will be shown on Sky TV this Monday 4th March at 10pm. I met Julia on Twitter 18 months ago and it was suggested that Julie follow me by a friend and mentor of her’s who is a senior official at Pinewood Studio. Julie was going through a tough time and shared her story. I was so impressed with Julie’s tenacity , creativity and story. Julie and I decided to meet and our first meeting took place at Bafta in Piccadilly since Julie is a member.

Julie’s dream was to work in the film industry and many years ago Julie became a runner on a film set where Marlon Brando was filming, at this time Julie was working for free, not her choice but Marlon changed this for her and she eventually received a wage for this job. She never forgot this story.

Julie’s twin sister had an accident on a film set 15 years ago that was not safe, she finally won her court-case. Sadly her Sister is no longer an Art Director doing the job she loved and is registered as disabled. Julie never forgot this story. Julie went to London in her teens with a dream and £200 in her back pocket. She got her first job as a carer. One wet day Julie arrived at a Client’s door carrying a package. She knocked on the door. An angry Man answered the door and said that she was late.

If you know Julie she is ‘never’ late for anything and was always early with her Clients. Julie showed the Man her time sheet. She was in fact early. The Man let her in and immediately she knew her Client was dying. The parcel was half of her homemade meal she always delivered to the Client as he would not buy proper food only spend money on cigarettes and booze.

The Elderly Man sadly died not long after and he had put in his Will that Julie could stay ‘free of charge for a year in his flat’ and Julie was invited to go to Israel to where he was to be buried. This Man in his kindness had given her the ‘chance’ she needed to get into the film industry. Julie never forgot this story.

Julie landed her first media London job after sending hundreds of CV’s working for the Discovery Channel. The boss was a very letchy man commenting on the way she dressed….she realised he liked her in a non professional way. Julie would go sick and get constant calls from her Boss and cards from him were put into her work drawer admitting his feelings for her. Julie contacted HR. HR decided her Boss was too valuable and they offered Julie a job on another Channel TLC for half the money she was on.

Julie took that job to avoid ever meeting her Boss again. Not long after Julie was headhunted to work for a top TV Company in Rome. Julie flourished at her role, which was to train a team of 6 and eventually this led to her problem solving areas within the company. 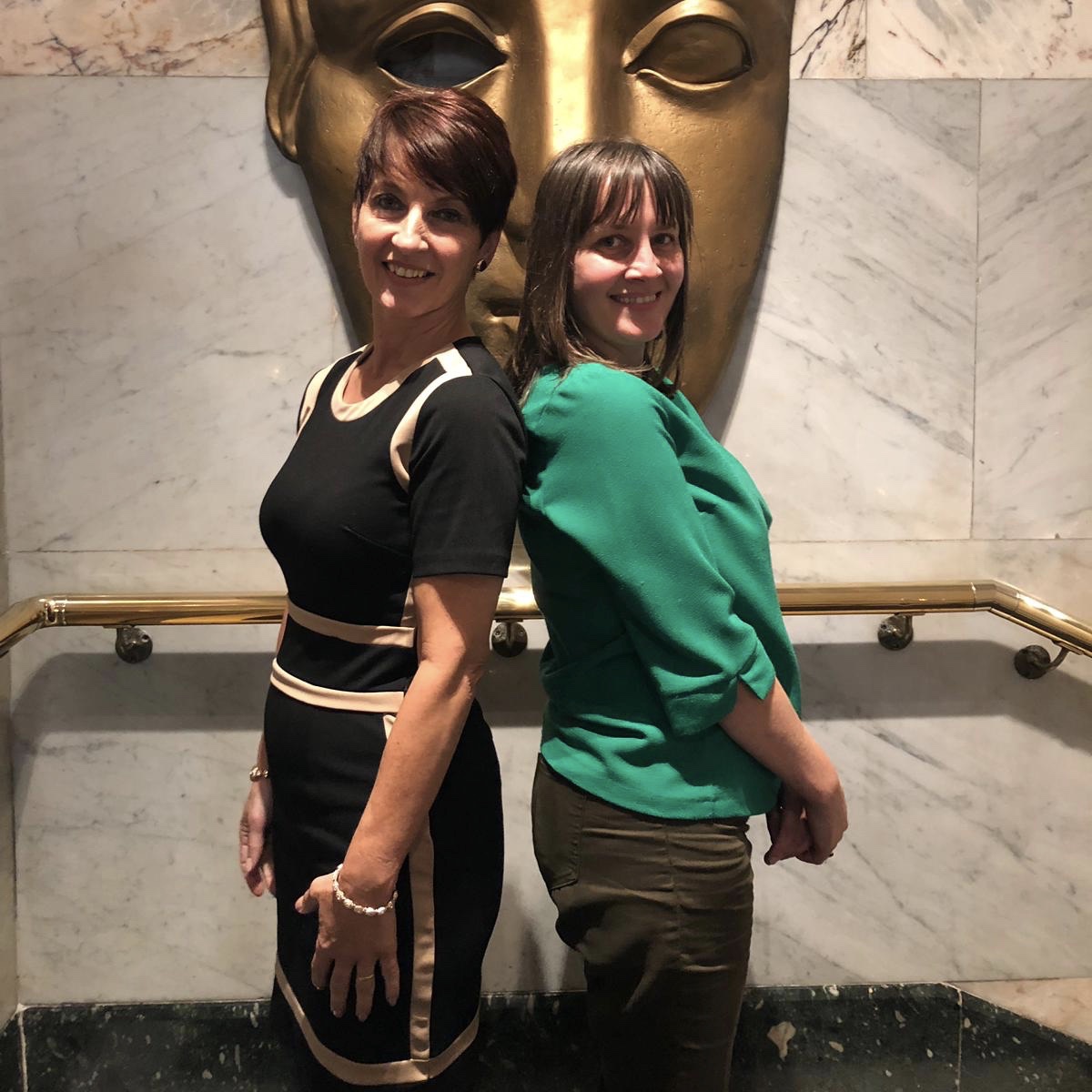 Seven years later Julie’s mum was poorly back in Ireland so she decided to move back and she got a job as an assistant working for the famous Film Producer/Writer Roger Corman.

Not long after she moved up to becoming a Script Supervisor. It was a structured and organised environment. Julie never forgot this.

In a 3 month period in between working with Roger Corman Julie was able to assemble an Irish Crew to work on a film in Jersey Channel Islands called ‘The Crooked Mile’, she was involved with the script and able to work alongside the writer so the script worked for the locations and budget.

The Writer was happy as he put his full vision on the script and the Director the same! This movie won a ‘Tribeca Award’.

Julie was able to do 2 jobs, work as Producer and Writer. It worked beautifully for her and the team! She learnt and never forgot that preparation of the script is key to a good, safe and happy film set and meant all crew were paid!

Julie travelled all over the world for many years with her job and she loved it.

Years later she noticed that The film Industry was changing…she felt not for the better.. A few years ago a very hurtful event occurred to Julie in her life. This in turn meant she began to struggle with her work as a script supervisor. It felt like the organisational Head structure was changing. Scripts were not finished and not locked down, new changes were coming in the night before….

Crew were being run ragged! and Julie felt this was not fair as it could be avoided if more preparation was done in the first place. Why were scripts not locked down and too long in duration? The job Julie loved was becoming unbearable. Shortly after Julie was diagnosed with PTSD and depression by the GP and given anti-depressants. Julie stopped taking the tablets, they were taking away her ‘spirit’.

During this time Julie has done voluntary care work with the Elderly and went back to working on scripts that she has written or co-written herself. Julie really struggled with the BFI and Creative England online process and waiting process for funding, but lets not forget she was able to produce a film that won a ‘Tribeca’. As an Independent Producer she felt there was no chance of making a film for ‘up and coming talent’ without BFI or Creative England support. She was right about that too!

BFI and Lottery funds have said yes to a movie titled Genuine Fakes but at the last minute mentioned a clause that you can’t Produce or Write means she won’t get funding from them. Julie feels this is mean spirited. BFI first said you will get ‘clouded’ by doing 2 jobs and Julie proved this is not the case, they now say you can’t do 2 jobs. But a Writer and Director is 2 jobs and Producers all feel it’s not fair as Julie has done all the work and must stay as Lead Producer.

Then Creative England said ‘don’t like the script’ and Julie feels this is not good enough for public funded bodies just to say this when she has already assembled an amazing team and built a community around the film. She feels like she has been discriminated against by the BFI and Creative England because of her diagnosis and people are quick to say ‘you will be treated like everyone else’ but that’s not good enough where reasonable adjustments need to be made to help Julie. She feels the BFI and Creative England have really let her down.

She hopes her letter creates a platform for others to openly discuss their experience with the BFI / Lottery Funding and Creative England. Julie wants to thank her amazing team who work in an open, honest and transparent way. Her team continue to ask her why the BFI and Creative England have not stepped upto the mark? Julie is also waiting on a written apology from the BFI for the way she was treated at her meeting with Ben Roberts .

Julie Daly-Wallman was only diagnosed less than a year ago with high functioning autism after the process took 2 long years. Julie wants to embrace who she is and hope others do too!

Julie messaged Anna after the interview: ‘I want the world to know we may be different but we too have a place in society! if people gave us a chance! The Camera Man said to me after the interview My Son has Autism I said to him ‘

I hope someday, we won’t have to fight anymore and that Autism will be like any other disability’ so it blends into society for a change instead of fighting society that don’t want us! well we want them and we won’t go away!