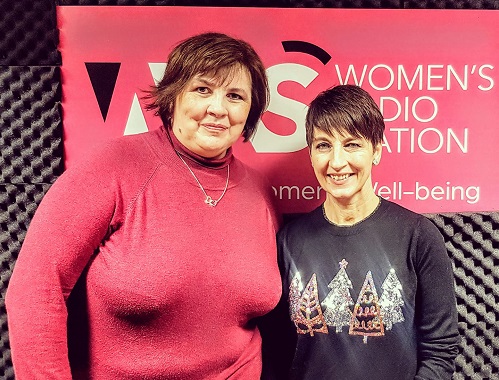 ​Rebecca Taylor is Anna Kennedy’s guest this week on ‘All things Autism’ on Womens Radio Station.

My name is Rebecca Taylor (learningrose.co.uk)

I was born in Preston, Lancashire and had a great childhood.  My dream from the age of 7 was always to become an air hostess.

School was not the best experience in the world, and despite getting through the exams, I eventually achieved my goal at the grand age of 30 and started to work for British Airways.  To say it was a great experience doesn’t give it the credit it deserves.

You work hard – but you play even harder. During this time, I got married and divorced and this was hard on Josh to understand.

Luckily, my ex-husband and I are still friends and he sees Josh when he can and I taught Josh that time with his dad is special and just for him.

Nearly 8 flying years later  I had my son and decided to leave the airline as I didn’t have a huge support network to help me look after him.

His early life was great and at 17 months, I noticed that something “wasn’t quite right”. With the initial help of my sons nursery, we started to look at the possibility of him having additional needs.

After many meetings, tests, chats, research etc, I was informed on the day after his 3rd birthday that Josh had autism!  That was the day my life, and my sons life changed dramatically.

At first I cried, because I felt that I had disappointed him greatly.  I then started to get myself sorted out and decided that no matter what else was heading my direction, Josh was going to succeed.

That’s when the battles started with the local authorities to try and get him a statement of education (now EHCP) because I have always believed that EVERY child is entitled and deserves a first class education.

​At the time in Preston, there didn’t seem to be much help or support for families of children with autism – so I decided that I was going to make a change for the better and started my own parent carer support group called JAG (Junior Autism Group).

On the first meeting, I had over 75 children attend with their parent or carers at a local play centre where it was prejudice free –  it continued to flourish at each of the monthly meetings.

I asked ‘professionals” to come in and speak to the parents and carers about a plethora of subjects.

It was at this time I decided to move to Cheshire to find better education for my son.

It was challenging as we moved house 3 times in seven months because the local authority would not even consider Josh until we had a permanent address.

After 8 months of battling with the local authority, I finally got him into the most magnificent autism specific school run by the Together Trust and not only is my son very happy – I have my loving son back too.

That’s when I started  Learningrose which is called that name because I’d like people to learn about autism and I come for the red rose county –  hence Learningrose.

I started to write my airport journey cards and it was a lot of work, but I knew from first hand experience of working on the airlines, that there was little to nothing available for adults and children with autism and other disabilities, to access the amazing world of air travel.

I eventually had my work approved by the National Autistic Society and my work now proudly holds the autism logo of working in partnership with the NAS.

Last year I was approached by British Airways purely by chance to see if I could produce something to help their passengers access their flights.What then happened was the final production of my 7 “Airport journey cards” which are now available from British Airways, my website www.learningrose.co.uk and it’s now an app that can be found on the app store under “Learningrose”.

To be able to see my initial idea in a digital format is exciting and I owe a huge thanks to my business partner Craig from HardyFinch in Lancashire for helping my dream come true.I firmly believe that just because someone has a diagnosis – it shouldn’t stop them from exploring this amazing planet.

2020 will be an exciting year, as lots more information and lifestyle cards shall be available on the app including visiting the doctors, dentist, supermarket, stranger danger and going on a cruise, to name but a few.

Rebecca’s interview will be played for the rest of the Christmas show week at 1pm and 1am at www.womensradiostation.com