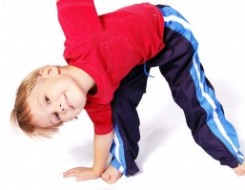 Almost 30 percent of young children with autism also show signs of attention-deficit/hyperactivity disorder (ADHD), a rate that’s three times higher than it is in the general population, a new study shows.

It’s not surprising that something that’s going to affect the brain and cause one developmental outcome may also cause a second developmental outcome,” said Dr. Andrew Adesman, chief of developmental and behavioural paediatrics at Steven and Alexandra Cohen Children’s Medical Center in Lake Success, N.Y. He was not involved in the study.

Kids in the study who had both problems together also tended to have more difficulty learning and socialising than children who had autism alone.

The researchers noted that the treatment of ADHD may benefit children with autism if they aren’t making progress with autism treatment programs, which often require sustained focus on specific skills.

“In a child [with autism] who has great difficulties with attention, or hyperactivity or both, you really have to layer in another level of intervention strategies for them,” said study author Rebecca Landa, director of the Center for Autism and Related Disorders at the Kennedy Krieger Institute in Baltimore.

For the study, which is published in the June 5 online issue of the journal Autism, researchers asked parents of kids enrolled in a community-based study of child development about symptoms of attention and hyperactivity — whether or not children could wait their turn, interrupted others who were speaking, fiddled with things during meals or could not slow down, for example.

All the children in the study were between the ages of 4 and 8.

Out of 62 children diagnosed with autism, 18 (29 percent) also showed signs of ADHD.

A previous study of slightly older children found that 31 percent of children had the two disorders together.

“What’s good about this study is that they went to the trouble to look at who met diagnostic criteria and what was different about those children,” said Manning-Courtney, who was not involved in the research.

All the children who had both problems together were boys. Boys have higher rates of autism and ADHD than girls, research shows.

One limitation of the study was that researchers had to rely on questionnaires that are meant to spot ADHD in typical children. There really aren’t good tests for attention and hyperactivity developed for kids with autism, and their problems may look different than those seen in typical school-aged children.

Please see this link for the rest of the article https://www.webmd.com/brain/autism/news/20130606/autism-adhd-often-occur-together-research-shows?page=2