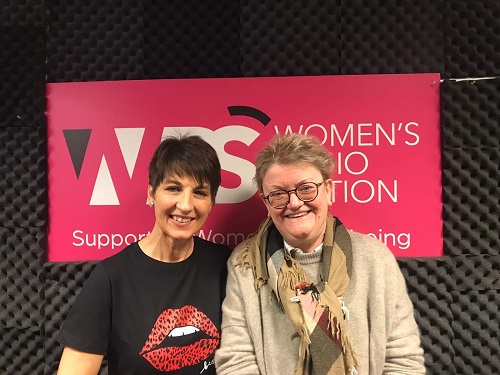 Dr Carol Stott was Anna Kennedy OBE’s guest this week on ‘All things Autism’ and talks about Autism: Courts and Tribunals

In the last two years a lot of my work has involved advising people with autism/Autism Spectrum Disorder (ASD) and their families, together with professionals working in the criminal justice system, family courts and tribunals, on the implications of autism on the various proceedings.

There is a growing understanding about this, as awareness of autism has increased almost exponentially in the last decade, but there is still a long way to go.

My work in the tribunal system has focused on educational and employment tribunals; in the family court I have worked mainly with families in which autism needs to be accounted for in preparation for parental separation and subsequent access arrangements.

In the criminal justice system (CJS) I have had input at almost all stages of the process, from vulnerability of autistic people to offending behaviour, misperceptions of intent, initial arrest and questioning, case preparation in readiness for trial, court appearances and issues around legal representation, and finally what the CJS refers to rather grimly as ‘disposal’ – meaning how to make appropriate arrangements for people with autism after a trial is concluded.

In education tribunal my work is largely aimed at helping the tribunal understand the needs of a child or young adult with autism, based on careful evaluation of parent/family and school/college report, opinions of other relevant professionals and observation of the children and young adults themselves. A major factor here comes from recent diagnostic guidelines issued by DSM-5 in (the international diagnostic guidelines issued by the American Psychiatric Association in 2013).

According to DSM-5, someone with a diagnosis of ASD, almost certainly meets the definition of disability provided by Equality Act 2010. This means that whether or not the person with ASD has a Special Educational Need (and many do), the various organisations involved in their education have a statutory duty to make reasonable adjustments in line with the features of their disability. Helping the various authorities understand the persons needs in this respect is an important part of what I do.

Similar duties apply to schools and colleges in relation to Special Educational Need (SEN). For a diagnosis of ASD, a person must demonstrate difficulties with social engagement, social communication, non-verbal interaction and the making and keeping of friends and social relationships.

They must also show evidence of unusual interests, inflexible thinking and behaviour, or unusual motor mannerisms or sensory behaviours. It is difficult therefore, to see how someone with an ASD diagnosis can possibly avoid significant barriers to learning. This may be quite apart from unusual learning styles and associated difficulties that impact on literacy, numeracy, oral and written language, access to the curriculum and performance in examinations.

Again much of my work in this area is focused on identifying needs, helping families communicate with the appropriate authorities, schools and colleges about SEN and helping tribunal hearings apply the law with an understanding of ASD.

My input to employment has focused on very similar areas but with an emphasis on identifying the features of a person’s presentation that are important considerations in the workplace. As is the case with schools and colleges, employers have a duty pursuant to the Equality Act 2010 to make reasonable adjustments in the workplace (and in other aspects of a person’s employment) to ensure that a person with ASD is not discriminated against on issues relating to their ASD.

Reasonable adjustments can range from making changes to the physical space to minimise discomfort caused by sensory processing issues (loud noise, temperature, lighting, close proximity to others) to enabling functional communication, help with organising work tasks and timetables, managing expectations of workmates and senior colleagues, and providing time away from stressors.

The particular adjustments will depend on the workplace itself, the demands of the job and the needs of the employee. My role in this respect has been two-fold:

(a) to identify the particular needs of the individual and

(b) to help in communicating about these needs and possible adjustments to the employer.

My input to the criminal justice system has largely been with young adults whose ASD may have impacted on their understanding of social boundaries, relationship etiquette and general behaviour towards others in the community. Once suspected of a criminal act, people with ASD must of course follow the same process as anyone else. This will involve being interviewed, possibly charged and if pleading not guilty preparing for and participating in a criminal trial.

Many characteristic features of autism need to be taken into account at each of these stages. Problems may initially arise at the point of arrest, for example, where physical contact may cause severe discomfort to the person with an ASD, particularly if their understanding of the context is poor.

Someone with autism is likely to respond rather differently to the anxieties associated with police questioning.  Significant sensory discomfort, for example, may go unnoticed and may lead the person with ASD into making false statements (perhaps even false confessions) in order to be released from questioning at the first opportunity.

Many of the non-verbal behaviours associated with autism (for example poor eye-contact, undirected or unusual facial expressions) are more generally considered to be signs of guilt. An insistence on talking about very focused topics may appear to be avoidance behaviour, or refusal to co-operate with the police interview.

The use of social nuance innuendo, sarcasm, irony and other subtle aspects of social communication are often beyond the understanding of people with an ASD. Once charged with an offence, and particularly when pleading not guilty, case preparation requires clear understanding of the charges and the ability to communicate aspects of their defence to legal representatives.

Court appearances also present significant challenges for a person with an ASD. It is crucial, in the interests of justice, that these challenges are fully understood and taken into account by legal representatives, judge and jury alike.

I have had significant input at all of these stages, but in particular in (a) identifying ASD-related features in people accused of criminal activity and (b) advising on their access to a fair trial. This has varied from advising on their right to an appropriate adult at the point of initial questioning, to the provision of an intermediary for case preparation and trial.

I have also acted frequently as an expert witness, helping the court understand relevant issues that must be taken into account in terms of mitigation, difficulties associated with the trial process itself and appropriate post-trial placement.

As mentioned earlier, things are improving in all of these areas but there is still a way to go. Training about ‘all things autism’ is a primary need for professionals in the criminal and family courts, education and employment tribunals.