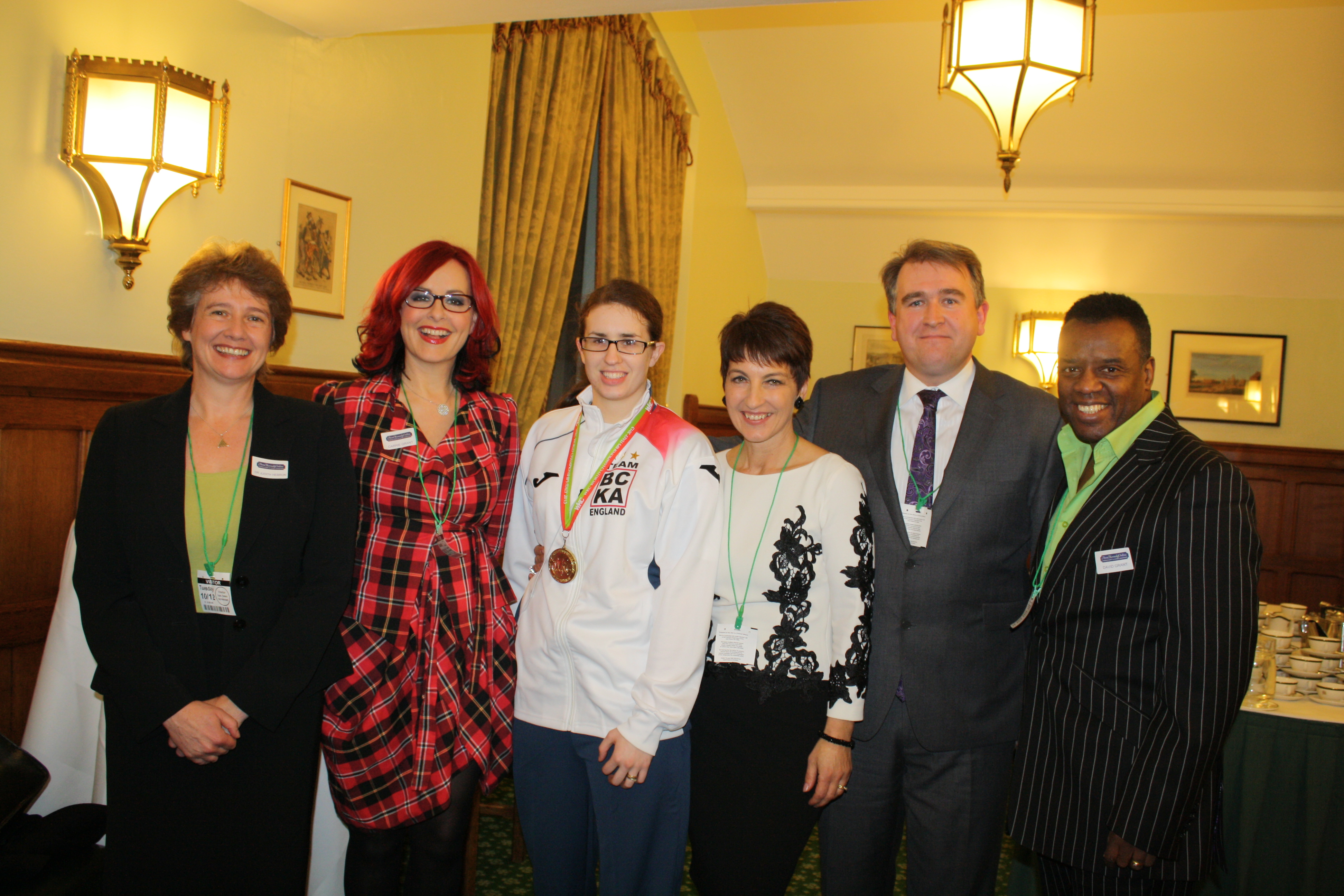 Anna Kennedy at The House of Commons sharing the results of her survey.

During November, 2013 two thousand people with an autism diagnosis or are the parent or carer of someone who has a diagnosis completed the “Autism Diagnosis Survey in the UK”.

Other questions addressed the challenges for individuals and families associated with the assessment and the ability of the professionals involved to embrace a constructive, multidisciplinary approach. Participants were also asked to comment on the quality of support they received during the assessment.

Anna Kennedy Online decided to carry out this work after listening to the many people and families either directly or indirectly by the condition who had contacted the charity either in person or through social media.

What came across was their frustration due to the depressing length of time the whole process was taking given that the books and information they were reading spoke about how important early intervention is for children on the autism spectrum.

What follows are the results we obtained from our survey. To help you appreciate the difficulties people experience on a day-to-day basis, we have also provided some quotes from the many families and individuals who participated, who were keen for their voice to be heard.

In 58% of cases it was the parents who first suspected or had concerns that their child may be on the autism spectrum due to their behaviour or development. In our opinion this clearly illustrates the importance of listening to parents.

Of the people who were given the diagnosis

91% of families were given the diagnosis through the NHS, 9% privately.

63% of families stated the process was poor to average.

With regards to the professionals involved 55% were assessed as being between average to poor when it came to working together with others for the benefit of the child or adult concerned.

54% of the participants found the process difficult.

71% of participants shared that it was not easy to find vital information as to how to obtain a diagnosis nor in many cases was it explained where a diagnosis could be obtained.

To summarise the above data for children and adults who eventually received a diagnosis, please see the table below:

The disparity particularly between highlighting the possible existence of the condition to relevant individuals in children under 5 and when a diagnosis was obtained highlights perhaps the main cause for concern.

Over 50% of the families from when first suspected waited up to 5 years or more for diagnosis.

The results of this survey it clearly demonstrates that the process in place for diagnosing children and young adults is not fit for purpose and requires immediate improvement. Parents who manage to negotiate the energy sapping bureaucracy often find that the service provided is disconnected and in many cases is of unacceptable quality.

Professionals may have a different opinion though I would direct them to the up to date research by Dr Laura Crane on Autism Diagnosis Project Survey of Professionals at Goldsmiths, University of London.

Our research is based on the survey and speaking to people who matter namely the parents of children and young adults with autism. Concerns have been raised in the past however nothing or very little seems to happen.

The challenge to the Government is to sort this out and let parents know when this will be done. After all if it’s not the Governments job whose job is it?

Please don’t let the voices of the many people who contributed to this survey remain unheard.The time to act is now!

Please see a few quotes from parent’s experiences on the diagnosis process:

The process was scary, emotionally destroying (as I was first blamed as the “reason”) for over 2 years with CAMHS (Barnet- London) Then in one glorious day, 4 experts on Autism (SCAN) diagnosed our son in under 2 hours though we were there longer. There was no grief, just pure relief at knowing we could move forward and it WAS NOT my fault!

We knew Emily was autistic from when she was 2. We were involved with lots of professionals yet none were prepared to diagnose. She was eventually diagnosed at 9 with Autism and learning difficulties. The waiting list for assessment for Autism was horrendous so we said we thought she had ADHD. The list was shorter. She was assessed and they said no to ADHD but yes to Autism. 7 whole years of utter frustration and schooling that didn’t work for her as a result.

My son’s diagnosis took a year. I was told we will refer him to a ASD panel. He was left in a mainstream nursery. He was excluded from Xmas plays etc. I had to wait a whole year a fight for a diagnosis just to be told what I knew and to get the help I now get from an outstanding special school Broadmeadow in Wolverhampton. The early years SEN team came 6 month after they were asked too.

Parent of a child with autism.

Our diagnosis followed the third referral to CAMHS from the SENCO at primary school. During those last few months my husband and I had already decided we were looking at Aspergers after meeting a family with a boy the mirror image of Conor on holiday. WE swapped boys for a few hours and both concluded they were peas in a pod and he had been diagnosed years before they adopted him. CAMHS did the ASC 2 her test with Colin and I and interviewed Conor and we got the verbal diagnosis within a couple of weeks and the letter in about two months. The diagnosis process was therefore not to drawn out but the referral being accepted to get to that stage was five long years.

Autism Diagnostic Tool: Which one do we use?

At this time the action of diagnosing ‘Autism’ is lacking any direction. For too many years now people have been trying to make a big issue fit a box that it never will. There is a want to classify and make the Autistic Spectrum something smaller and more defined than it actually is, in doing that we now have too many cases of people not receiving a diagnosis or having to wait for years of medical in-fighting around them to gain one.

Even down to the very basics of which diagnostic tool is used is not clear. On the one hand the NHS sets out that ICD-10 IS the diagnostic tool recognised and used. On the other hand professionals WITHIN the NHS state they diagnosing to what the DSM-V states and often misunderstanding what is within it. Instead of giving an ASD diagnosis, as was meant to happen, we now have evidence of families being told ‘ah we would have given you a diagnosis before but under DSM-V ‘Aspergers’ no longer exists and as your child’s symptoms meet with what we view as Aspergers we can no longer diagnose’.

Unless all health professionals FULLY understand the ‘Big Picture’ that Autism is and the full scope of the Spectrum and are given a ONE go to point to diagnose from this system is always going to fail.

Please sign our petition we have almost 5000 signatures already:

Share this:
NewsAutism Diagnosis Survey in the United Kingdom