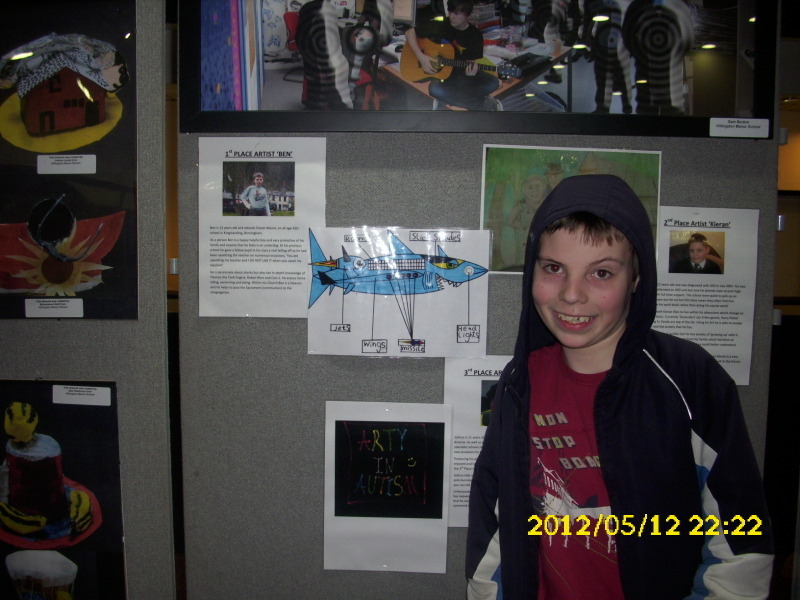 I have been asked to share the story on my son Ben Fisher, who got us involved with Anna Kennedy and her amazing charity through is unique artwork!

Back in 2011, Ben was our 11-year-old son with a diagnosis of ASD and MLD.  He had started at mainstream nursery but within a few months had been statemented and moved to Langley Special School.  Ben had always been happy to draw for hours on end.  At that time, he was passionate about Thomas the Tank and sharks. 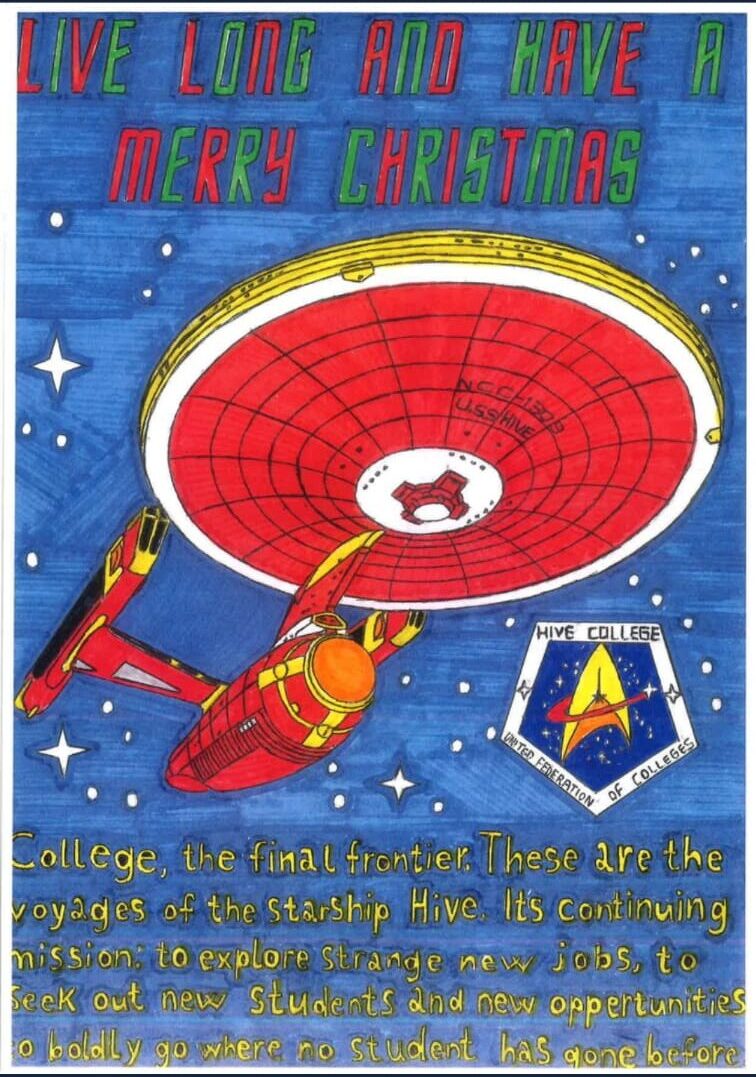 When we saw the competition for free tickets to the very first Autism’s Got Talent, I asked Ben if he wanted to enter.  He drew a picture of a shark, and he won. I can remember being so excited to be meeting Anna in person.

The fact that the concert was amazing was a bonus.

Me, my Mum, Ben and 8-year-old Sam travelled to London from Birmingham and enjoyed a lovely day looking at the sights before we made our way to the show.

To my delight, Anna had showcased such a diversity of talent of young people who absolutely shone that night.

Since then, Ben has entered a couple of Christmas card competitions with another Autism charity, and has either won or been a runner up.

The theme has changed as he grew older; one featured a shark, another two featured a Range Rover, but all in Ben’s inimitable style.  At some point Ben made the decision to stop entering as he felt it was somebody else’s turn to win.

Ben is now 21 and attends The Hive college in Erdington, Birmingham where he is doing well.

He enjoys being there and has been on two placements which he has looked forward to.

The staff have been so accommodating with Ben during lockdown, as with many autistic students, college is college and home is home and never the twain shall meet. But they have kindly worked around that.

And it’s because of the Hive that I contacted Anna again. Ben had entered another Christmas card competition, the winning entry of which would be printed off and sent to the companies that kindly take on and work with students on a placement basis.

Ben had spent many of his breaks working on his card which encompassed two of his favourite things, the Hive College and Star Trek.

He was so happy to have won and I wanted to share with Anna that his talent was still being put to good use.

And you can imagine what cards our family and friends received for Christmas.

Like so many people around the world, we wait patiently to see where the pandemic leads us.

But we are grateful for the support of Anna’s Facebook group, she reminds us that we are never alone and that help is only a click of a button away, if ever we need it.