Holly’s experience of Autism’s Got Talent 2021 and why you should enter! 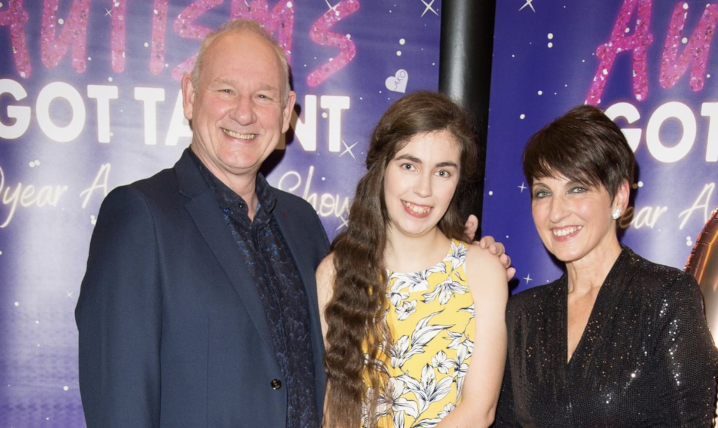 Holly’s experience of Autism’s Got Talent 2021

Have you ever thought about what it would be like to be on stage in front of hundreds of people, doing what you love and being able to express yourself with likeminded people? Then Autism’s Got Talent might just be for you! Let me tell you about my experience of Autism and how it has actually provided me with a great opportunity to showcase my talent.

I was diagnosed with Autism back in 2014, I was 16 at the time – doing my GCSEs at school, and somewhere in my mind I always knew there was something different about me to other people my age. When I was finally diagnosed, there was a sense of relief knowing that it made a bit more sense, that I could put my feelings to a name. Since then, I have come to learn that my autism does not define me, but it is a part of me that I will learn to live with for the rest of my life – and to be honest, I wouldn’t have it any other way!

I first heard about Autism’s Got Talent when a friend sent me a link to Anna Kennedy’s website, which showed information about this competition. It said I had to send in a video of my act and a little bio about myself. At first, I was very hesitant to enter, because in my mind I thought that thousands of people would probably want to be in it, and what are the chances that I would get chosen (I suffer with low self-esteem too)?

But all of my friends persuaded me to enter and so I did. It wasn’t until a couple of months later that I got an email from Anna and the team to say I had got through to the show, and I was so excited I think my friends in America could hear me shout for joy (hehe)! I went and told everyone I knew immediately and said block out this date you’re coming to see me in Autism’s Got Talent!

Unfortunately, due to the pandemic the show had to be postponed a couple of times, but Anna and the team were so good at keeping us informed and making sure we were still ok to do the show after so long (OF COURSE I WAS!!).

When it came to the weekend of the show, I was very nervous as we had a meet and greet, and I think I was the only person there by themselves – I didn’t know anyone else there either, but Anna and the team made me feel really welcome and made sure I was feeling ok – they were like this the whole weekend which was really lovely!

It was great to be able to meet people that I could really relate to and that had similar interests to me and also get to see what everyone else’s acts were for the show too. The show itself was great! I just can’t believe how much talent there is in and around the UK (and America!!) that has just been hidden for so long.

It was a great platform to be able to showcase my original song I wrote, and we also had some amazing acts such as a rock and roll guitarist, an awesome drummer and even someone who did an impression of Marge Simpson!

I met some amazing people – some of which I still talk to now and am so glad to have met that weekend. And none of this would’ve happened if I hadn’t listened to my friends and entered Autism’s Got Talent. And it’s really helped my self-esteem too!

It’s given me a lot more confidence (especially performing in front of so many people) and it’s made me realise that I am capable of a lot more than I think, and to be proud of what I have accomplished – by doing the show and just in general.

So, if you are looking for a confidence boost, wanting to make some great friends, sharing your talent on stage, and creating some amazing memories, then I suggest you apply for Autism’s Got Talent 2022! It’s the one thing in my life where I am so glad, I didn’t let the negative thoughts in my head stop me from doing something I love, because it was honestly the best weekend I ever had!

If you want a better idea of what the weekend and the show was like, then I vlogged my whole experience, and you can watch that along with my performance video here: https://youtu.be/fioAEi1Ea_g

Share this:
Autism's Got TalentHolly’s experience of Autism’s Got Talent 2021 and why you should enter!