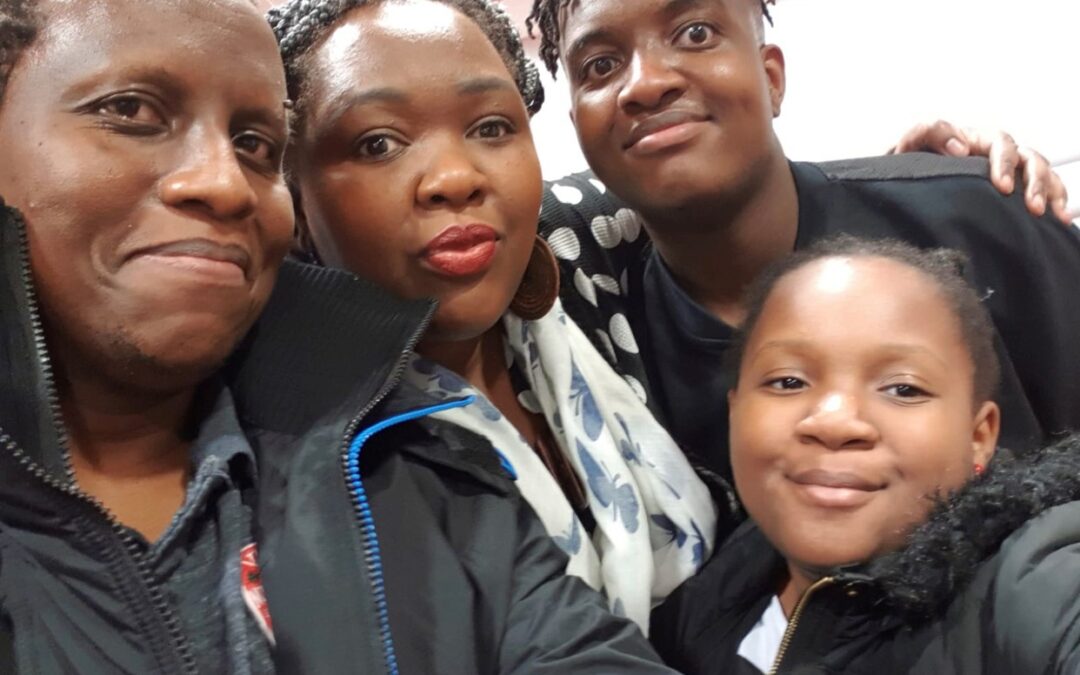 I am sad – an article written by Pershy Mgadamika, Mum of Ethan who is one of our AGT performers

The past two weeks have been draining emotionally. A man called George Floyd was murdered by a policeman in America. Yes, in the land of the free. I have cried non stop because l can’t erase that picture from my head. My kids have cried too.

We all can see George as one of us. Why? We are black. Ethan is 17 and on the autistic spectrum. Ever since l can remember l have always told and reminded him he has two disadvantages, black and autistic.

I would love for Ethan to be independent but how can l? I don’t encourage him to go to the high street during college lunch time. I worry so much, what if he doesn’t have enough money and they accuse him of trying to shop lift, what if someone snatches his phone and he gets disoriented and can’t articulate his words to get help; what if him asking for help is seen a different way and he gets into trouble with the police.

So many questions yet no answers. His dad won’t go jogging because the last time he did he was stopped by the police and questioned what he was up to, yes, in Essex.

Now imagine two grown men jogging and the suspicion it raises. So whilst the gyms are closed, they’ll stick to YouTube for keeping fit. So many anxieties right now. In our home, this lock-down has been a curse and a blessing.

I am glad we’re home safe. This is despite my partner being followed by the police a few times on his way to work during this lock-down, he knows to stick to the same speed, doesn’t do anything that might cause them to stop him. We know at that time they’re checking car registration, mot, insurance etc. Unless they suspect you’re illegal, have you heard of wind-rush scandal? Yes that…

Ethan likes to write rap/grime lyrics. The latest one just broke my heart. It’s heartbreaking hearing your child say stop oppressing us, stop killing us. I am a mum to a black and autistic young man. I am afraid for my son’s future. I am afraid for those who hate people like us. Autistic and black, double disadvantage.

Ethan is doing gaming development at college and maybe one day he will be employed in that industry. But statistics show black people and disabled people are more likely to be unemployed in their chosen field despite qualifications and experience.

Those are just some of the things that keep me up at night. Will he ever be employed? Not that he’s not capable of being employed. Or will they call him a lazy block man? A thug?

The murder of George Floyd has allowed the world to hear the voices of black people and what we deem racism. Yet there’s a few who want to silence us when we say Black Lives Matter. As much as I agree with the statement “all lives matter”, why is it no one ever objects when l raise autism awareness.

It’s not just institutional racism, it’s also the subtle racism. Lack of promotions at work, workers who refuse to work alongside black people, managers who ignore black workers when they say I am being treated differently.

Teachers who won’t help our children progress yet they know and can see they’re doing better than everyone in the class. Yet if the child has ADHD they’re called naughty, if it’s dyslexia they’re lazy. They’ll blame your parenting skills if your child is autistic. The list goes on. Everywhere we turn there’s someone saying or doing something to remind us we’re different.

Yet despite all these negative experiences, l will tell you where we’ve found love and acceptance, the autism community. We all know we have the same challenges and we just support and are kind to each other.

Most of my white mum friends have an autistic child. We check on each other, encourage each other and just know the right thing to say especially in this lock-down.