Jo Redman – Living with Asperger: I’ve been called ‘spastic’ and ‘freak’ and told by a police officer to ‘grow up’ 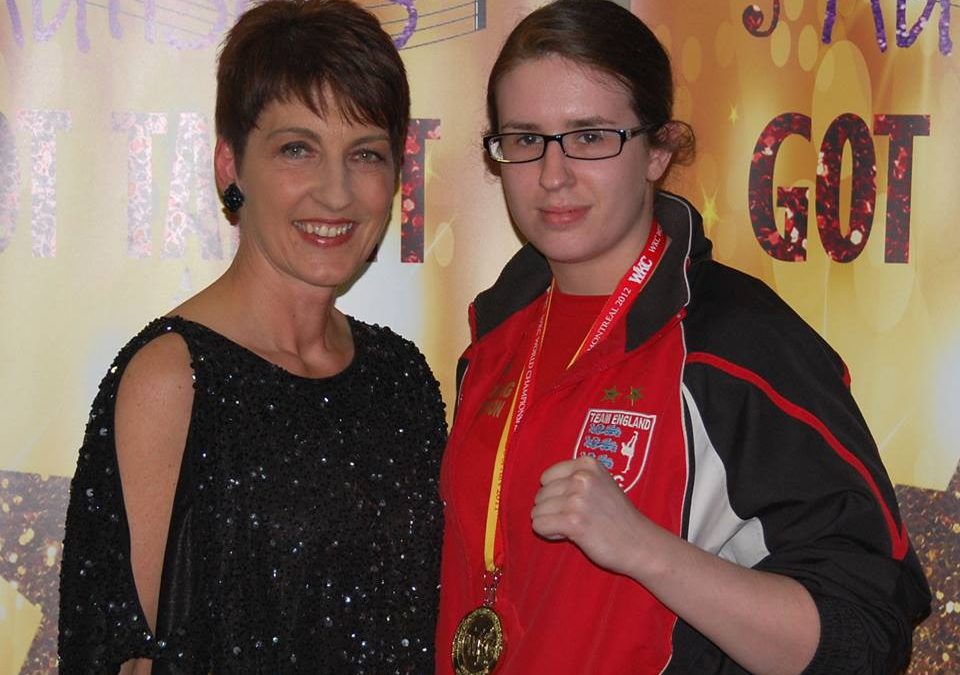 Asperger syndrome has hit the headlines after Robbie Williams revealed today he believes he may have the condition. And on Wednesday, Love Island contestant Niall Aslam explained he abruptly left the villa earlier this month because he suffers with it.

Claudia Tanner spoke to World Champion Kickboxer Jo Redman, a 32-year-old from Rushden in Northamptonshire, who wasn’t diagnosed until she was an adult. She shares her struggles, how she copes with them and what she wants other people to understand about the syndrome. I was having a melt down and lying on the floor of my mental health worker’s office when a police woman told me to grow up and stop behaving like a child because I’m a grown woman.

It wasn’t the first time, and I expect sadly not the last, that I’ve had an experience like that as a woman living with Asperger syndrome. At school, children would call me “spastic” and “freak” because I was clearly different and barely spoke. I didn’t understand the other girls’ interests in drinking and boys.

People still stare at me when I behave in a way that’s seen as strange to them, such as rocking back and forth because I’m stressed. I’ve been called an attention seeker too. When I feel overwhelmed I often need to lie on the floor. It’s just my way of coping. I also tend to lose my balance when I feel like that – something the police officer didn’t understand when they were called out because I was having a melt down. When I have these episodes I can hit out at walls, punch things and throw stuff about. I never hurt anyone.

People not understanding that I’m not deliberately doing this frustrates me further – after all, I can’t help it. My brain processes things differently to most people. At school I didn’t feel like I fitted in then and I still don’t now. It can make me feel very lonely, but I’m finding new ways of coping.

There’s been a lot of awareness about autism in general in recent years which is great but Asperger syndrome is still really misunderstood. It is often referred to as ‘mild’ or ‘high functioning’ autism because people who have it are of average or above average intelligence. Because I talk like everyone else and I’m clearly fairly intelligent, people don’t always get that my brain works differently. 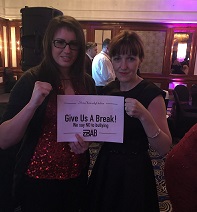 We don’t have the learning disabilities that many autistic people have and are classed as high functioning. And in many ways it makes our struggles invisible and more easily dismissed. I may not need help making my lunch like more severely autistic people do, but I still have many of the autistic traits.

“But because I talk like everyone else and I’m clearly fairly intelligent, people don’t always get that my brain works differently.”

Of course, everyone is different and the way a person with Asperger is affected can be varied. However, there are certain tendencies that people share. I don’t think many people realise that people with Asperger can suffer with sensory problems – over- or under-sensitivity to temperatures, sounds, touch, tastes, smells, light, colours, or pain. I don’t like bright lights and loud noises.

My meltdowns can also be triggered by changes in my routine. It stresses me out if someone says they’ll meet me at a certain time and don’t turn up. And even a change in the weather can impact me – the summer means having to think of different clothes to wear and also that there will be lots more people out and about.

I have good language skills but I find it hard to read other people and sometimes take what they say literally. I struggle to express my own emotions and find the right words or the right order to say them in.

I was married from the age of 22 until a few years ago. I find it difficult understanding another person’s expectations of me. Sometimes my ex-husband would want to talk a lot but I needed quiet. It can feel like your partner has become your carer at times. I’ve had ups and downs with my family and friends.

Things have gotten easier, but there’s been lots of miscommunications and misunderstandings along the way. Too many questions can make me feel overwhelmed with information. Equally, sometimes people don’t ask enough to try to understand what’s happening with you. And what I want people to know is, it’s a two-way process. Yes I want them to try understand why I behave the way I do. I also want to try to understand them.

There’s better support if you’re more severely autistic, but those considered ‘mild’ can slip through the net. Being diagnosed with Asperger late on – I was 23 – was difficult. Because we don’t have learning difficulties it can often go under the radar in children. I also have ADHD, which explains why I didn’t hit the grade As I was predicted in my GCSEs (I got Bs). I find it hard to organise myself and prioritise things.

The mental health support for people with Asperger is almost non-existent, in my experience. I’ve been told the psychological therapies they offer aren’t suitable for me because of my autism. And when I find something suitable, I’m told there’s no funding for it. I feel there’s better support if you’re more severely autistic, but those considered ‘mild’ can slip through the net. I carry cards I’ve made with me to help me communicate when I’m out.

One says that I’m autistic and lost and that I may feel distressed and I need help. Others say that I have headphones on because I’m feeling overwhelmed by the surrounding noise, to help explain that I’m not being rude if I can’t answer someone trying to speak to me. I tried working in office jobs, but I found it too difficult and I’ve realised it isn’t for me. I’ve suffered bullying at work.

People have whispered about me and made fun of me. I want have a career again once I get enough stability in day-to-day life. I feel like I have a lot to offer. Trying to explain my needs just to get any help has become exhausting and repetitive. I’m proud of my achievements The 32-year-old is three times World Champion in kickboxing. 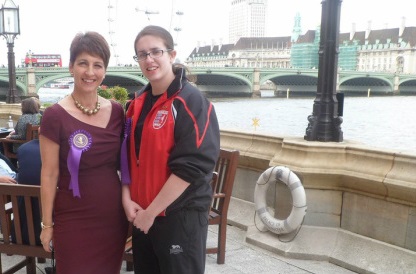 I love being able to inspire young people  and show them that you can have dreams, and do the things that you never thought in a million years you’d be able to do. Instead, I’ve thrown myself into kickboxing and charity work. Kickboxing, being so physical, really helps me to let go of the frustrations that build up.

In 2011, I won my first World Championship medal and I went on to claim the title two more times. It’s helped boost my self-esteem to finally find something I can be successful in. I begun working with the charity Anna Kennedy as a patron in 2013.

I’m passionate about raising awareness of living with Asperger and enjoy providing support to others. I’ve even many times took part in public speaking. I went back to my old school to give the pupils a talk about my kickboxing achievements and being on the autistic spectrum. I used to hate having to speak in public at school and it took me over half an hour to stutter my way through a five-minute speech we had to do in English.

I love being able to inspire young people  and show them that you can have dreams, and do the things that you never thought in a million years you’d be able to do. I want others to know that people who are autistic on any end of the spectrum have something to offer the world and should have that opportunity to do so. We all have so much to offer but just need some support and help to unlock it.

News Jo Redman – Living with Asperger: I’ve been called ‘spastic’ and ‘freak’ and told by a police officer to ‘grow up’