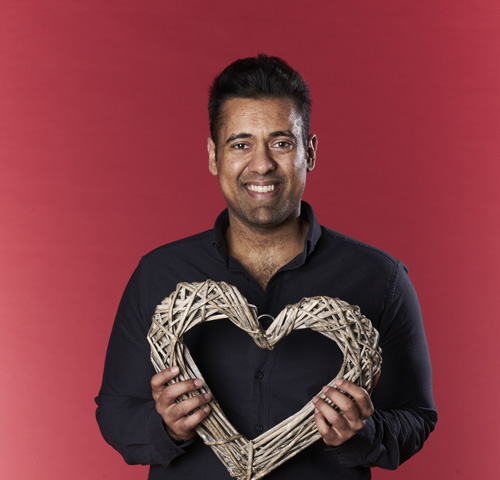 First of all, let’s get one thing straight. Autism is not a bad thing to have. There are several examples of individuals who have overcome their difficulties with great success such as Charles Darwin, Albert Einstein and Leonardo Da Vinci.

When I was first diagnosed as autistic, I was hit back by it quite hard. I didn’t quite understand what it was, and I just wallowed in self-pity. I refused to leave the house, lost my job and was slowly deteriorating. One day when I was watching TV, the Paralympics came on and that was almost my ‘eureka’ moment. I thought to myself, ‘hold on. These people all have disabilities but they’re still more able than most people and they’re doing incredible things so why can’t I?’

When I first told my mother, she was speechless and left the room, but only because she was upset, and she didn’t want to make me upset because she was upset – if that makes any sense. I totally understood where she was coming from and personally would have done the same if I were in her situation. Luckily for me, she has been so supportive from day one and without her I don’t think I’d be the person I am today.

At the beginning, I never disclosed the fact that I was autistic. From my personal experience, and from the experiences of many of my Asian friends, discussing mental health, learning disorders and disabilities within our families is not as easily or openly done as it seems to be in other cultures and communities.

I was invited to appear on several TV shows after my appearance in the news, but I didn’t want to go on TV just for the sake of being on it. I’ve never been one for fame, but love is just the best feeling one can ever get and I’ve been single for a while now, so I decided to apply for ‘First Dates.’ When the opportunity to appear on it arose, I couldn’t say no. The production team stood out the most for me. They are just such wonderful people and where the waiters and waitresses receive a lot of attention and praise, I think it’s a shame that they don’t. One of the first questions they asked me was, ‘we know you’re autistic. Are there any adjustments we can make to make you feel more comfortable?’ This just set my mind at rest and I knew I was in good hands.

The date was so much fun and for anyone with good intentions, thinking of applying, I would say, ‘don’t think, just apply.’ They have so many people applying and if you have the chance to find love, you should never pass on it. Since my date aired on 4th June 2108, I’ve been overwhelmed by the support that I’ve received. Although it didn’t work out for me on the first time trying, it’s helped with my confidence and raised awareness on autism and mental health in general, so it was well worth doing. I hope anyone reading this fulfils their true potential and when you do, please click here  to message me let me know. ?

Anna Kennedy Online and I will be collaborating again so watch this space!