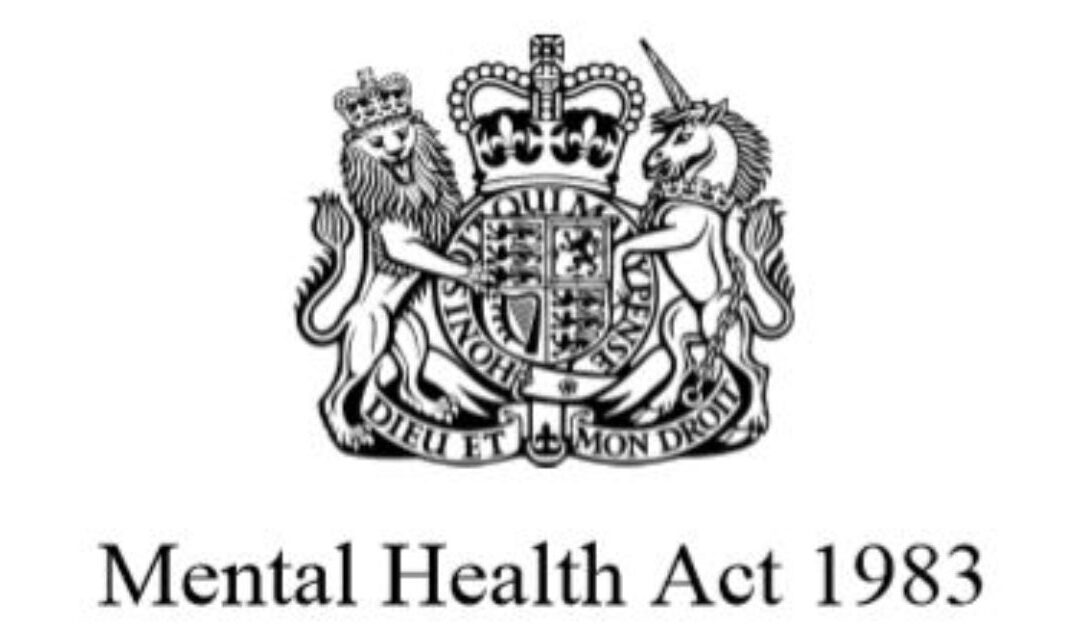 As part of Mental Health Awareness week, AKO has taken the opportunity to focus on the review of The Mental Health Act 1983 (“MHA”) which is currently underway and will focus on what the implications are for autistic people.

The MHA details what happens when a person be admitted, detained, and treated in hospital against their wishes i.e., they are not a voluntary patient; this is commonly known as being ‘sectioned’. For this to happen, specific people i.e., psychiatrists and other approved professionals must agree that a person has a mental disorder that requires a stay in hospital.

It is a certainly a large statute which has long history and has been amended a number of times. It even has its own Code of Practice, a copy of which can be found here HERE. The MHA is limited to the MHA in England and Wales – Scotland and Northern Ireland have their own mental health legislation.

It would be fair to say that over recent years a view has formed that the MHA is not fit for purpose, particularly because treatment seems to vary significantly depending on. For example, protected characteristics such as race. With regards to autistic people, many disliked being characterised as having “mental disorder”. Further there is a strong body of opinion that mental health “crises” for autistic people were often caused by inadequate support and discriminatory attitudes.

Concerns such as these lead to the Government produce a White Paper, which a policy documents produced by the Government that set out their proposals for future legislation in a defined area. It is clearly the intention of the Government to address these concerns by increased investment in mental health services and by the recommendation in the document document which can be found HERE.

The White Paper – What May Change for Autistic People?

The following proposals have been made in relation to how autistic people who are seen to have a mental disorder requiring intervention should be treated by the mental health system:

a) Autism should not be considered a mental disorder for which someone can be detained for treatment under Section 3 (which potentially has no time limit) ONLY assessment under section 2 for a maximum of 28 days should be permitted. That said, section 3 could be used if there was evidence of a “a co-occurring mental health condition”, but the following clarification is also given which is helpful:

The proposed revisions would allow for the detention of people with learning disability and autistic people for assessment, under section 2, of the Mental Health Act, when their behaviour is so distressed that there is a substantial risk of significant harm to self or others (as for all detentions) and a probable mental health cause to that behaviour that warrants assessment in hospital.

b) The white paper is clear that autism should not of itself be grounds for detention. Further an autistic person who is sectioned should not become over reliant on inpatient services when detained, the emphasis being on being supported but NOT in hospital. Further it is recommended that support it is agreed a person needs when being discharged should be given “statutory force”.

c) Whilst there does not seem to be any specific recommendation in this regard, the use of “restraint” and “restrictive practices” on autistic people in the care system is noted and concerns implied.

d) Mental Health Tribunals review detention and can, if appropriate, discharge a patient form a “section”. It is unfortunate that many panel members lack expertise and experience in autism and is recommended that this should be addressed as far as English Tribunals are concerned. It is also suggested the Tribunal become more accessible and less bureaucratic, as it the case currently and they also be allowed to review treatment and its compatibility with patient preferences

e) The Code of Practice (see above) should “clarify best practice when the MHA is used for people with autism, learning disability or both”

f) Whilst this may seem obvious to many, there is a recognition that “autism cannot be removed through treatment”

g) There should be increased monitoring of the detention of people with autism with the existence of the condition being made clear to support staff.

So, what does this mean? Nothing yet as the above are only proposals. That said, given that sections under section 3 of the MHT will be inappropriate for autistic people without any other underlying condition, it does create the possibility that there will be far fewer autistic adults and young people being detained for very long periods of time with little prospect of relief – something we see all too often now

To conclude, there does neem to be a recognition of how the MHA, designed to support people, often lets people with autism down and this at least is a good start.