Mickeypedia: The A to Z of an autistic savant – by Mickey Mayhew 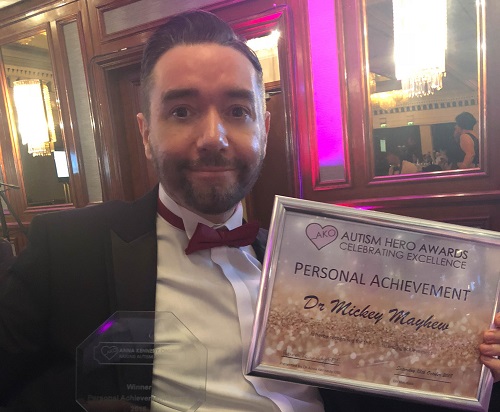 One of our amazing charity supporters Mickey Mayhew who won the Personal Achievement Award at the Autism Charity Awards in 2018 has kindly published a book and all proceeds support our charity. 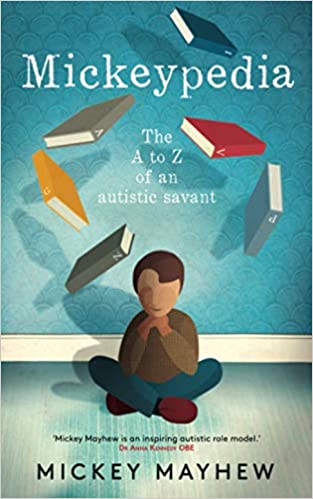 From Mickey Mahew:
I’m trying to raise money for an autism charity that has been good to me and to many other people besides; so I’ve written about my rather… *ahem*… ‘unusual’ life; please consider purchasing a copy, whether you think I’m wonderful (as some do) or whether you think I’m an insufferable little so-and-so (as others often do!).
All proceeds support Anna Kennedy Online.
Click here to purchase your copy!
Mickey Mayhew was autistic long before it became ‘acceptable’; having autism in the 70s and 80s was a remarkably different prospect to growing up amidst today’s neurodiverse tribes. Aged just 12, he was permanently excluded from school;
Some thirty-odd years later he now works as a researcher, highlighting the plight of a group still often marginalised and misunderstood by the mainstream; along the way he picked up five degrees, several book-publishing deals and a handful of accolades from the burgeoning autistic community. All of this took place against the backdrop of lurid 80s London, where he encountered some of the best – and the worst – the city’s unsanitised, pre-politically correct underbelly had to offer.
Share:
This website uses cookies to improve your experience. We'll assume you're ok with this, but you can opt-out if you wish.Accept Reject Read More
Privacy & Cookies Policy

News Mickeypedia: The A to Z of an autistic savant – by Mickey Mayhew