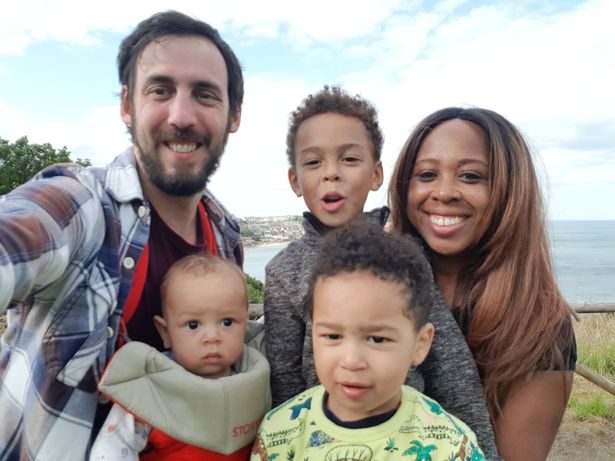 Anna Kennedy OBE’s guest for this week on ‘All things Autism’ is Pam Aculeuy – Anna’s guest on Women’s Radio which will be aired at 1pm and 1am each day this week on  www.womensradiostation.com . Here is Pam’s article:

In 2017 my eldest son Walter was diagnosed with Autistic Spectrum Disorder (ASD). He was four years old and completely non-verbal. As parents we found it incredibly hard to find books where children like Walter could see themselves in the pages of books.

They say “create the things you wish existed” so I started to write a children’s book series called ‘Just Like Me’ – where at the heart of each story we explore and promote diversity, inclusiveness, acceptance and kindness. Because we all know the world needs more of this!

As a black British  mother raising three boys of mixed heritage (Walter 6, Stanley 3 and Hugo 1) – I am fully aware of the lack of diversity in children’s literature and the work that still needs to be done in relation to better representation.

There are very limited resources when it comes to diversity and inclusivity. There are more children’s books being sold in the UK than ever before – but how accurately do they represent the society we all live in?

Although picture has improved since 2017, research shows that last year only 4% of the books for the youngest readers featured a minority ethnic hero’ [Extract from the Guardian, 2019].While books “about” diverse characters are important, so are books “by” diverse authors. BAME (Black, Asian and minority ethnic) authors and illustrators are underrepresented in the children’s book market and according to the literacy charity Book Trust, fewer than 2% of children’s book creators are British people of colour.

1 in 20 children have a disability. That gives 19 children a daily opportunity to learn about diversity, inclusion and friendship. We know that children’s books can act like both mirrors and windows on the world.

Mirrors in that they can reflect on children’s own lives and windows in that they can give children a chance to learn about someone else’s life. Research has shown that when we are exposed to different ethnicity and abilities, when we learn about different cultures and traditions, it helps to reduce stereotypes, bring new life experiences, different ideas and a deeper connection to others.

Receiving our son’s ASD diagnosis was a life-changing moment. Whilst it provided us with an explanation for why he had been struggling socially and developmentally, it also installed panic, confusion and uncertainty for the road ahead. For some, receiving that important diagnosis can unlock access to the right support but for us and like many others, this was where the real struggle began.

Nearly a quarter of autistic children from Black and Minority Ethnic communities have been excluded from school and face “double discrimination” in the education system,  than half of parents from ethnic minorities with autistic children did not have a choice of school, while 78% said their local education authority did not provide support to their children during exclusion a report by the National Autistic Society shows.

Language and cultural barriers can also mean BAME families may be misunderstood or feel excluded from conversations with health professionals. Awareness of autism is not widespread in some BAME communities and for many years the black community has shunned talks about developmental disabilities and mental illness.

Adding diversity into their daily diet of stories will create a society where no one feels disadvantaged or restricted by their ethnicity, their gender, their background or their ability. Where we celebrate differences and the uniqueness of all children. Because every child should be able to say they’re a hero in their story.

You can find more details on her website and social media: