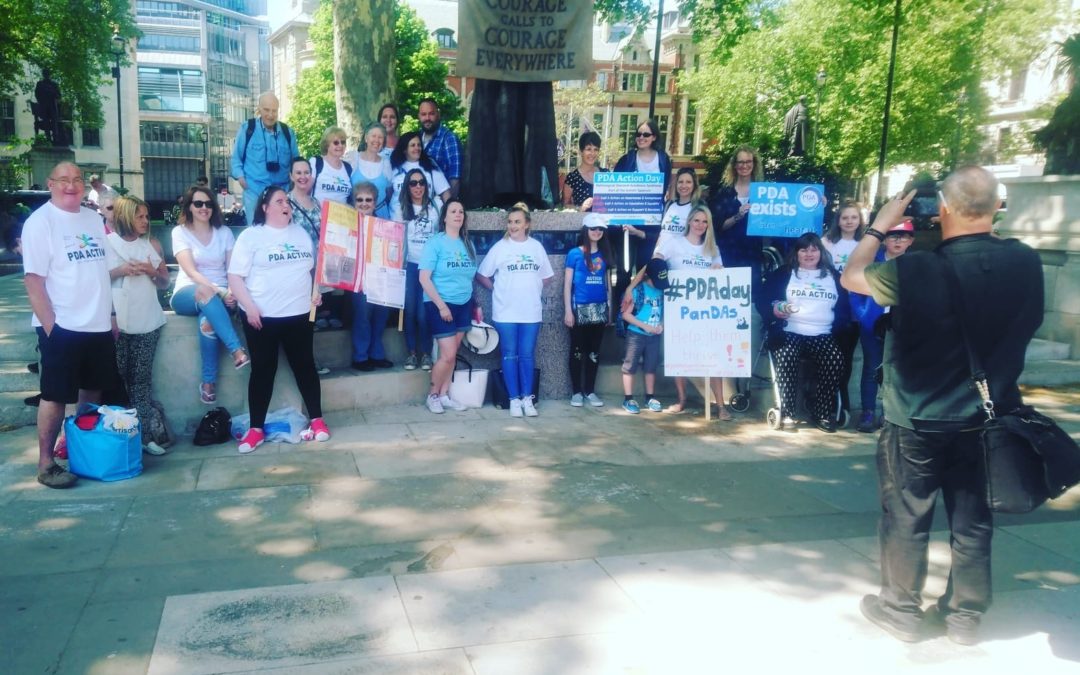 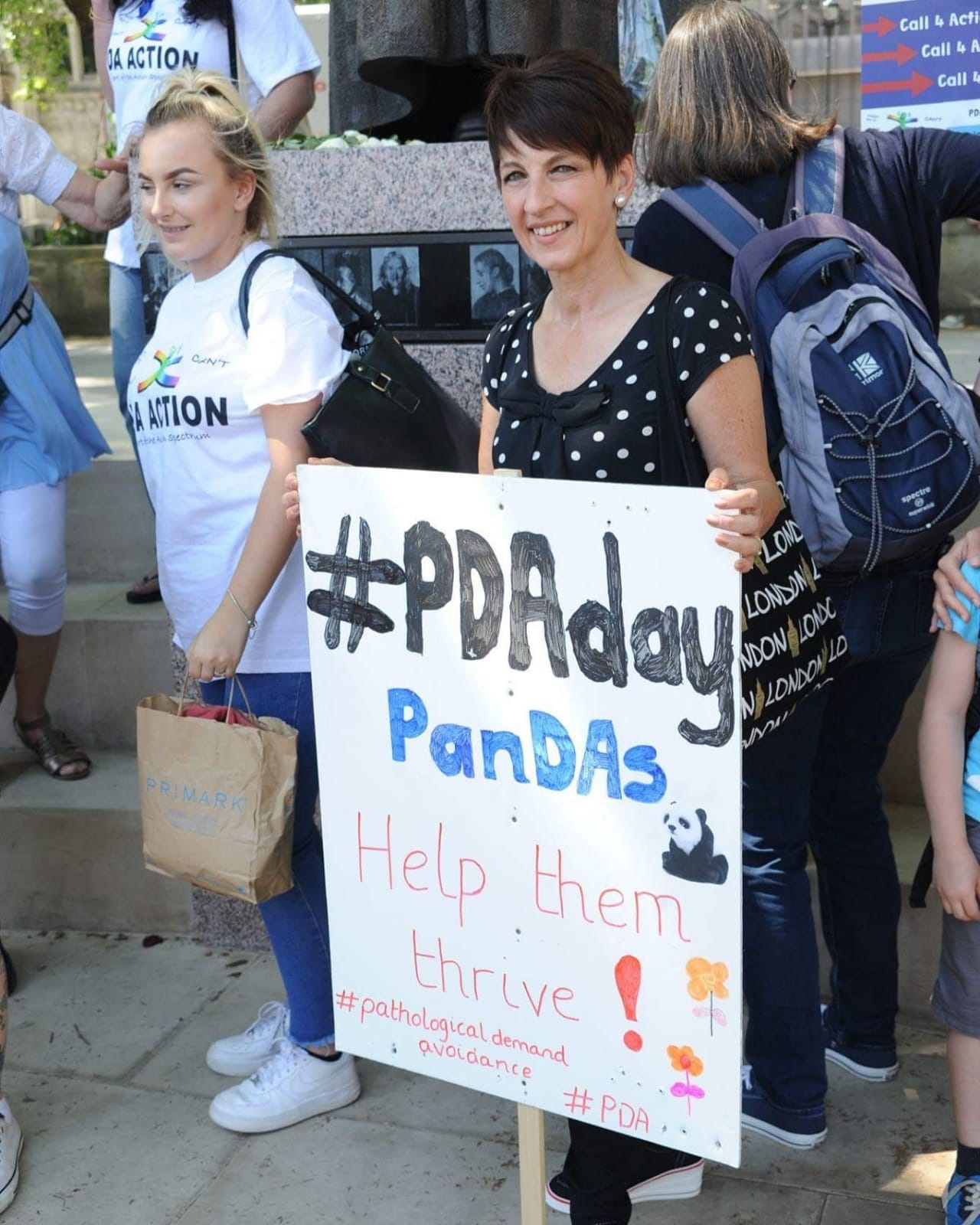 On 15th May 2018, I participated in a peaceful protest in Westminster and here was my speech in Parliament Square on Pathological Demand Avoidance:

My first encounter of PDA was listening and meeting Elizabeth Newson in Birmingham many years ago and also learning about Semantic Pragmatic Language Disorder within the same conference.I have recently spoken to a mum on social media and she was blaming herself feeling she had done something wrong because of the difficulties she was having with her son at school and his behaviour at home. She is one of many parents that I have spoken to that had felt this way.

In my opinion its about awareness and again early intervention is crucial to support the child school and the family. If you don’t know about PDA you can as a parent start to blame yourself. The more people that are aware of PDA the more they can make informed judgements. Training and consistency in PDA is key.

A diagnosis again in my opinion is important and serves a number of purposes – it informs our teaching it helps the parents understand the nature of the difficulties (they are desperate to help, remember, and are seeking to learn more about how to do that); and it can help secure support in the form of an EHCP and funding if needed.

Without it we as a community are vulnerable ill-informed . I remember vividly across social media response from teachers when a documentary on Pathological Demand Avoidance (PDA) went out on Channel 4 – Born Naughty a while back? In episode one a child had been permanently excluded from school after threatening to kill other pupils and a six-year-old who exhibited challenging behaviour at the slightest thing. I watched a backlash of comment after comment blaming “permissive teachers”, “poor parenting” and “naughty children who just didn’t want to be told no”.

Again without the understanding of a child’s needs informing how teachers and parents work with children and how we best support their needs there is always the possibility that a certain proportion of children will be written off sadly in this way. As a charity I believe it would be wrong to say that no progress has been made in recognising and supporting PDA, we think there is alot more that must be done.

Speaking to my husband Sean who offers legal advice to families he shares :

Whilst it would be wrong to say that no progress has been made in recognizing and supporting PDA, we think there is a lot more that must be done. To illustrate this, let me share with you some of the problems he has encountered when supporting families-
starting with obtaining a diagnosis.

Many of the people here will understand the problems adults and child have accessing diagnostic services. But as far as PDA is concerned these difficulties are compounded because of both lack of awareness and (regrettably!!) possibly a reluctance to provide a PDA diagnosis in favour of, for example, ODD (Oppositional Defiant Disorder) – a disorder which doesn’t seem to acknowledge the behavioural impact of anxiety and impaired social communication.

Without the correct diagnosis, the people we support will often not be given the correct provision. This means their needs are not met and this directly affects their life chances and wellbeing.

In schools and post-16 provisions, children and young people denied the correct support can often be labeled as “difficult”, “challenging” or even “violent”- regularly resulting in them being excluded. But that’s not the end of it.

We have seen many such children with PDA who have also come to the attention of social service, and the correct support has not been provided. In the worst cases this results levels of intrusion can be wholly destructive as they can lead to the break-up of the family.

Having failed through no fault of their own in education, many adults are either left unsupported or with inadequate support from social care. Whilst mental health services may try to understand an adult, our experience is that they can be even more reluctant to diagnose and support PDA in adulthood. Hence the cycle of imposed failure can continue. One of the consequences of this is that, adults with PDA will often be unsuccessful in finding employment.

This is why we very much support this initiative. Increasing awareness and of PDA is a necessity and not an option. Service providers cannot allow themselves the luxury of being unsure how to support PDA.

The clock is ticking and has been for years – the time for action is now!