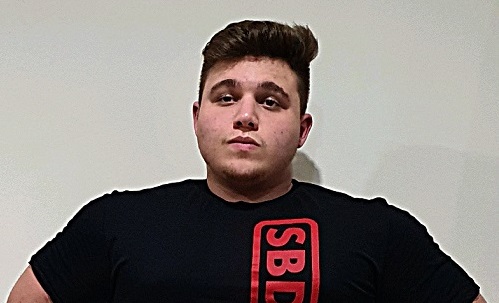 During the last article I discussed my immersive journey into the realm of lifting weights and the determination, motivation, and perseverance that it takes to succeed in reaching your personal goals. Whether it is to get stronger, more muscular, or just generally fitter it involves mental and physical strength in accordance with time and patience.

It is these very skills that I have applied to my training and continue to use in order to reach the standards I set for myself on regular basis. I also talked about my goals for the future and numbers I wanted to reach.

Since then, I have managed to achieve some of my short-term goals. One of those short-term goals was to improve my technical proficiency with the big three lifts, these being the Squat, Bench and Deadlift. In order to achieve this technical proficiency and improve my strength I joined a powerlifting club called Advanced Barbell Systems (ABS). After joining in late December of 2020, I received a detailed program from my new coach and began training, albeit still at home due to the lockdowns at the time.

Prior to this I had struggled to continue training at the same intensity and with the same amount of weight, because for the first six months of lockdown as I was only in possession of a 50kg set of weights including the barbell, but during the second and third lockdowns my Dad and I decided to create concrete plates and concrete dumbbells using concrete mix, water, paint, rebar, a mixing bucket, a drill, a bin for the mould, pipes for the centre of the plates and as the handles for the dumbbells, an electric weighing scales and multiple buckets of various sizes.

Furthermore, I purchased a better barbell, farmers walk handles and a sandbag, which I filled with 125kg of sand. This new acquisition of equipment was an incredible edition to the small plate set, bench and rack already occupying space in the garage.

After a few months of rather arduous work and patience I was back in business and more motivated than ever to make up for lost time. The initial eight concrete plates turned out to weigh 20.2kg each and the dumbbells were 24kg each.

We also made two smaller plates weighing 10kg each, which meant I was able to achieve a maximum weight of 240kg when adding the barbell, all the concrete plates and tying on some of the small plates from the old set.

Thankfully, this turned out to be adequate weight when I started, and I am extremely grateful that I had the opportunity to create the set up and persevere despite the adversities and hurdles put in my way. During this time, I followed the program managing to accomplish a 125kg sandbag carry for forty-five metres in around 30 seconds and a 180kg farmer’s walk for forty-five metres in 35 seconds on my first attempt ever despite these exercises only being accessory lifts for the main three.

Fast forward a few months and the evidence for the effectiveness of the program was clear. I had progressed both my squat and deadlift (without straps) from 200kg to 240kg in a matter of months and my bench also improved from 150kg without a pause to 160kg with a pause.

In order to achieve these results, I had to relearn how to Squat, Bench and Deadlift with correct form for my anthropometry, as well as how to breathe and brace while conducting the specific lifts. This focus with the simultaneous hard work and mental stubbornness allowed me to progress and eventually start to prepare for my first powerlifting competition.

My first comp commenced on the 15th of August 2021 at the ABS HQ in Dublin and was aptly named ABS Series 7 ‘Judgement Day’. I too had to defeat a mighty metallic mass and stop it from crushing an] inevitably destroying my future. For the 6 weeks leading up to the day I quickly learned what the process of peaking was, and it was soon time to cultivate my full power that I had built from the previous training blocks and waves. The day finally arrived, and it was time to face the metal. In my first ever competition I managed to squat 250kg, bench 162.5kg and deadlift 250kg finishing with a 662.5kg total at a bodyweight of 108.9kg.

I was reasonably content with the results but knew a lot more work had to be done if I was to reach the goals I had set. After the shortcomings of the first competition a feeling of fire and fury erupted inside me like a tumultuous volcano of cataclysmic proportions.

The feeling was accompanied by a sense of voracity and tenacity that was bestowed upon me. A beast had awoken. Coincidently another competition was just on the horizon and after a deserved rest week, it was straight back into preparation for the 2021 Irish Powerlifting Federation Junior & Master Nationals.

With such a short turn around, I was not sure if I would have enough time to significantly improve my strength. With the date set for the 23rd of October at City Gym in Limerick work mode was initiated and I began to push harder and harder, week in week out, nonstop to achieve what I set out to do. It was not long until I began my second peak and the time had come to harness that power once again.

Accruing immense volume on the bench press and pushing the squat and deadlift close to the summit definitely took a toll on the body, but at two weeks out I cut out the accessory work and the volume and intensity tapered off which allowed for some vital rest and recovery from the weights at least.

At the same time, I was battling to complete three University assignments in a matter of weeks as the deadlines were all close. This added stress and pressure meant some sleep deprived nights and less than ideal preparation for comp day.

Before I knew it the day had arrived yet again. Surviving on three hours of sleep and having to arise from my comfortable bed while the moon still lit the sky was tough, but I made it. Right before stepping out on that platform, I felt the rush of adrenaline, palpations in the heart and the onslaught of self-doubting thoughts racing through my mind.

Despite all of that I smashed the first squat, albeit with an open belt, and that seemed to set the pace for the day as far a strength was concerned. I managed to squat 260kg, but it was disallowed due to a rack command violation, I benched 170kg and then just missed a 255kg deadlift on lockout. This meant I came fifth place out of 11 U120kg Junior (U23) and Master (Over 40) lifters in my first IPF competition with a total of 667.5kg (5kg PR) at a bodyweight of 116.4kg.

From one perspective this was a respectable total, but in my head, this was simply not good enough, especially on the deadlift. My goal was to come close or break the 700kg total mark, but this goal will have to wait for another day.

My goals in the next year are to obliterate the 700kg mark which I know I am more than capable of doing and obtain an over 800kg total in a competition. I aim to do this by squatting around 300kg, benching around 200kg, and deadlifting in the range of 300 kg as well.

This task will not be easy by any stretch of the imagination and may seem damn near impossible in that timeframe, but it is not in my obsessive and tenacious nature to settle for anything other than the best and achieve the standards I know are possible for myself. I also hope that I can inspire others to follow their dreams and never give up on their goals, in conjunction with raising Autism Awareness, Acceptance and Standards of Achievement.