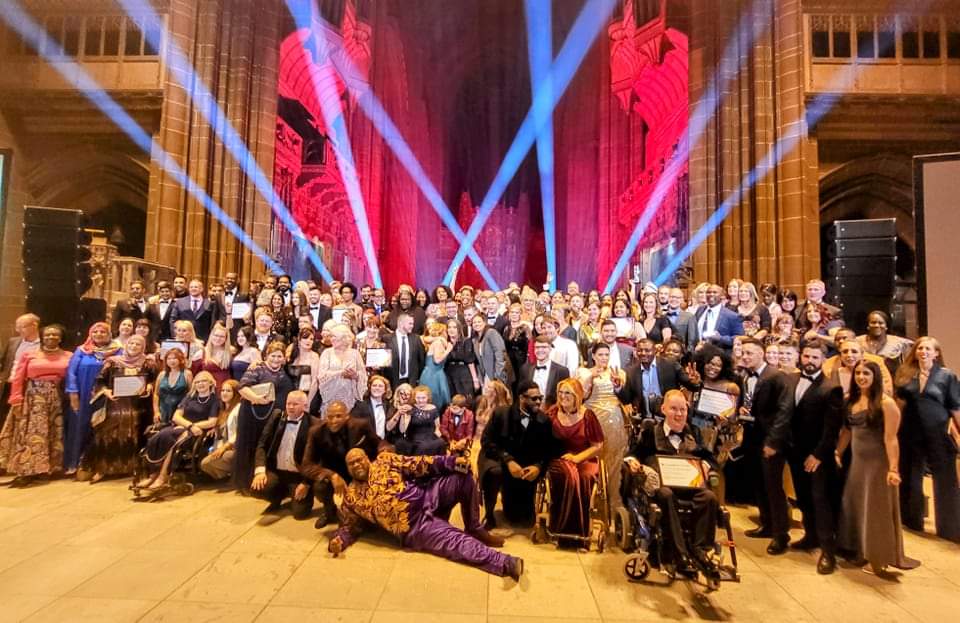 The UK’s largest diversity awards in association with ITV News took place on Friday 16th September at the breath-taking Liverpool Anglican Cathedral. A number of special guests stepped out in support of the incredible role models and community organisations who have changed the lives of so many.

A record-breaking 75,000 people nominated this year alone with 126 nominees being recognised for their various achievements nationwide. The evening kicked off with a minute’s silence, paying tribute to Her Majesty the Queen, followed by founder of the NDA’s Paul Sesay discussing the importance of the National Diversity Awards.

Anna Kennedy OBE was one of eight finalists shortlisted for the Lifetime Achievers Award. Anna has been raising autism awareness and acceptance since 1999 after her two sons were diagnosed on the autism spectrum.

Due to the lack of services, she has been a co-founder of two schools, a Vocational College, Residential Home, and Chairperson of UK Autism Charity AnnaKennedyonline. 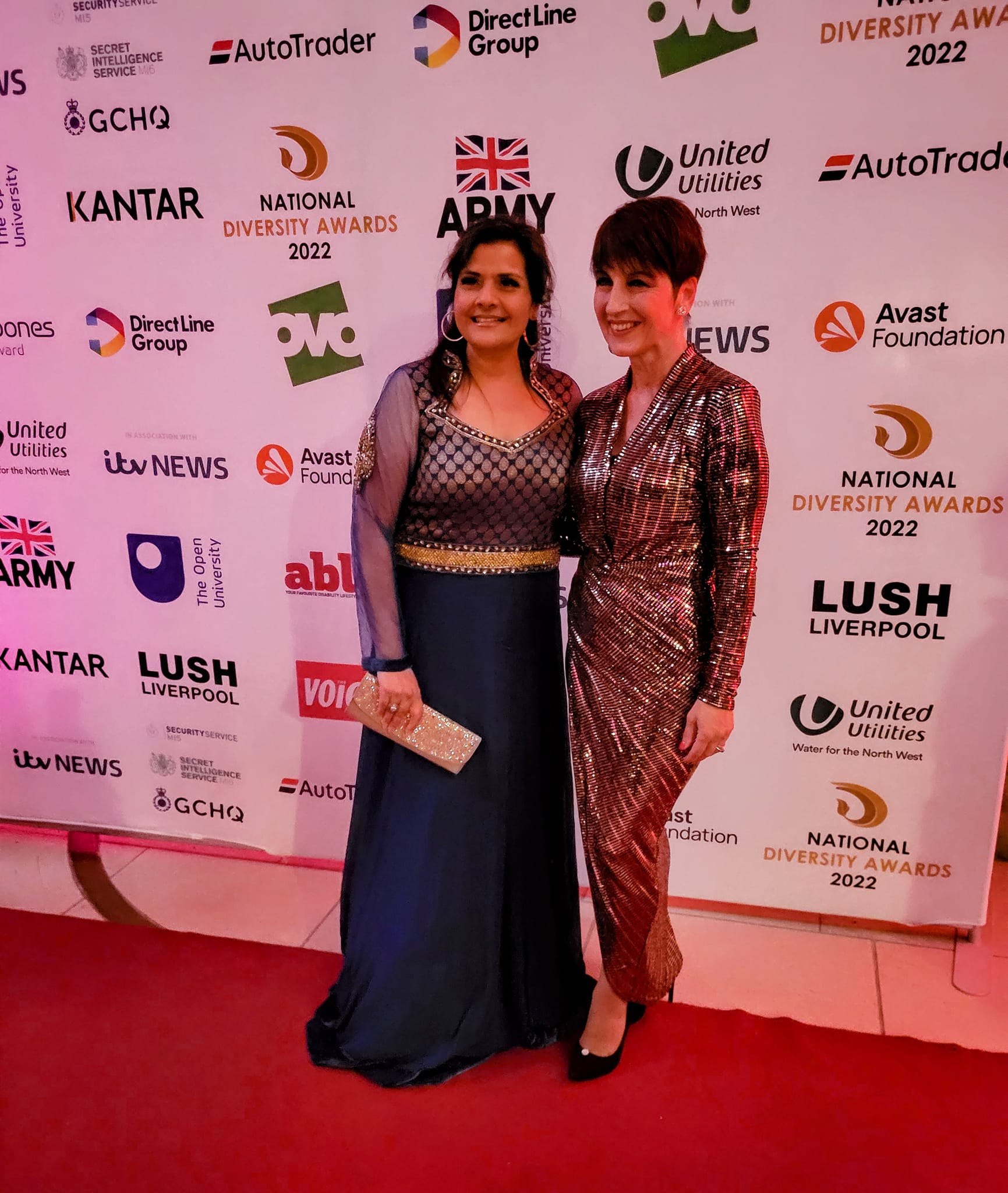 Anna shared: ‘This is the third time I have been shortlisted and each time I have met some wonderful and inspirational individuals who have been and continue to be trailblazers for their own cause. Congratulations to all the shortlisted nominees and winners and keeping doing what you’re doing and making a difference.’

Anna spoke to Dame Kelly Holmes to congratulate her on her win as Celebrity of the Year.

Anna first met Kelly in 2012 when she was a Team Leader Games Maker looking after VIPs for the Olympics and Paralympics. 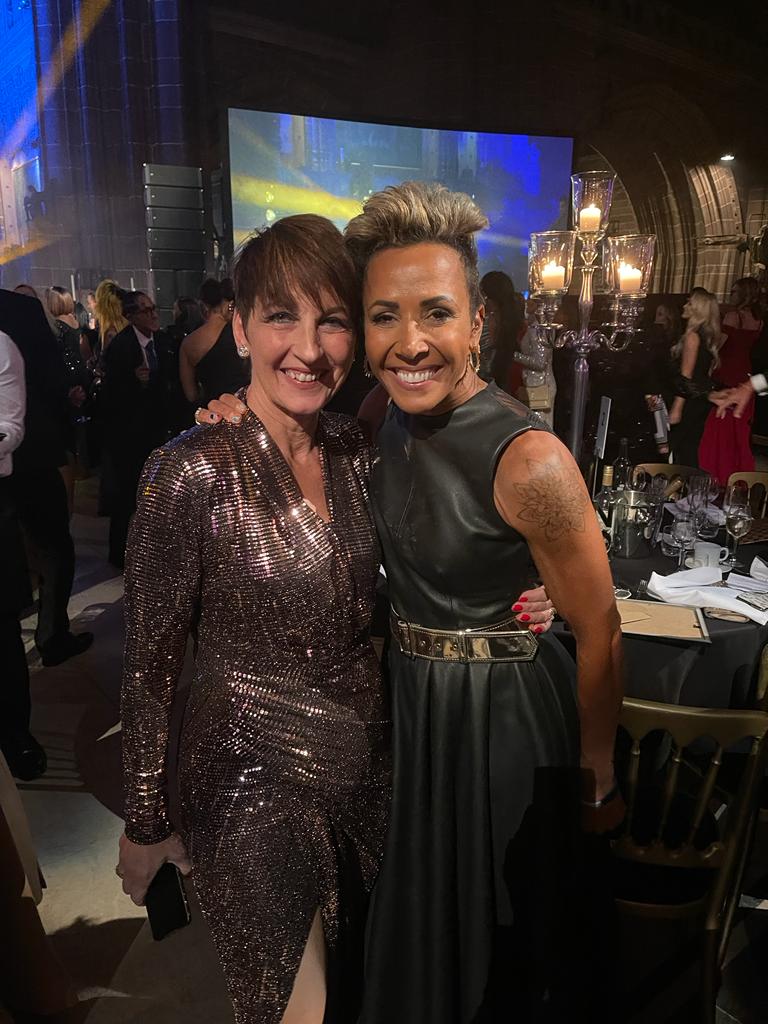