Siena Castellon on the Chrissy B Show 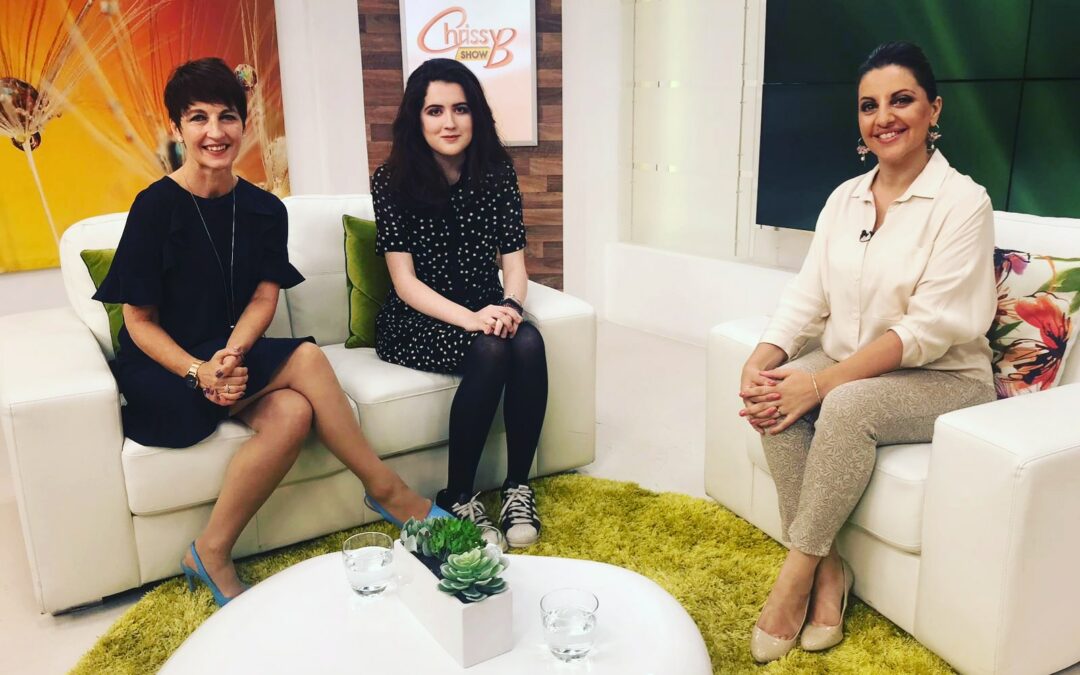 Anna Kennedy OBE’s next guest on her regular ‘All things Autism’  monthly Chrissy B news piece is one of her charity Ambassadors Siena Castellon .

Siena is a 17 year old neurodiversity advocate and anti-bullying campaigner. She is autistic, dyslexic and dyspraxic. She also has ADHD. Siena is passionate about changing negative perceptions and stereotypes about autistic people and people with learning differences.

When Siena was 13 year old, she created a website – www.QLMentoring.com – to mentor and support autistic students and students with learning differences. She created the website, because she found that all the online resources were aimed at parents.

On her website, Siena provides practical information and advice on how to overcome some of the academic and social challenges often faced by students with special educational needs.

Siena recently launched a school campaign – Neurodiversity Celebration Week – which aims to encourage schools to change perceptions about students with special educational needs by celebrating the strengths of their neurodiverse students and highlighting the advantages that come from interacting and perceiving the world differently.

Her campaign is supported by 23 major charities and organisations, including Anna Kennedy Online, the ADHD Foundation, the British Dyslexia Foundation, the Dyspraxia Foundation and the PDA Society. In 2019, over 350 schools and over 318,000 students participated in the first ever across the United Kingdom and abroad.

This year, Neurodiversity Celebration Week will take place in March 16 – 20, 2020. Siena hopes that it will be even bigger than last year.

Siena has also written a survival guide for autistic teen girls, which will be published in March 2020 by Jessica Kingsley Publishing. The guide will be illustrated by an autistic artist and will include a foreword by Dr Temple Grandin.

Siena has won numerous awards for her neurodiversity advocacy and website, including the 2018 BBC Radio 1 Teen Hero Award and the Diana Award. In 2018, she was also bestowed with a British Citizen Youth Award, received a Points of Light Award from Prime Minister Theresa May and met the Duke and Duchess of Cambridge at a private reception in their home at Kensington Palace.

Siena is a work placement at UCL’s Centre for Research in Autism and Education (CRAE). She is currently working on a research study on perceptual capacity and anxiety in autistic individuals. She believes it is important for the autistic community to be involved in autism research so that the research is focused on addressing our needs and used to improve autism support services, rather than on finding a cure.

Siena also works as a peer outreach worker for the Mayor of London, which involves managing youth-focused events and working with organisations and charities to support young people in London on a broad range of issues, including disability services and support.

Siena is  passionate about maths and physics. Last summer, she studied theoretical physics at Perimeter Institute for Theoretical Physics in Canada and had a one-week physics work placement at Cambridge University’s Cavendish Laboratory.

This summer she attended a materials science course at Cambridge University and spent five-weeks studying advanced math at a summer program in the United States. Siena frequently gives talks about diversity in STEM, including to a Parliamentary group, Imperial College and The Francis Crick Institute. She is currently studying for her A-levels in maths, further maths and physics and hopes to study materials science at university.

Anna Kennedy OBE told us “We are proud that Siena is part of the AKO Team. I first met Siena at our National Autism Hero Awards 2 years ago and was impressed how much she had achieved at the age of 14. I am looking forward to working with Siena raising further awareness and acceptance of autistic children and adults.

NewsSiena Castellon on the Chrissy B Show