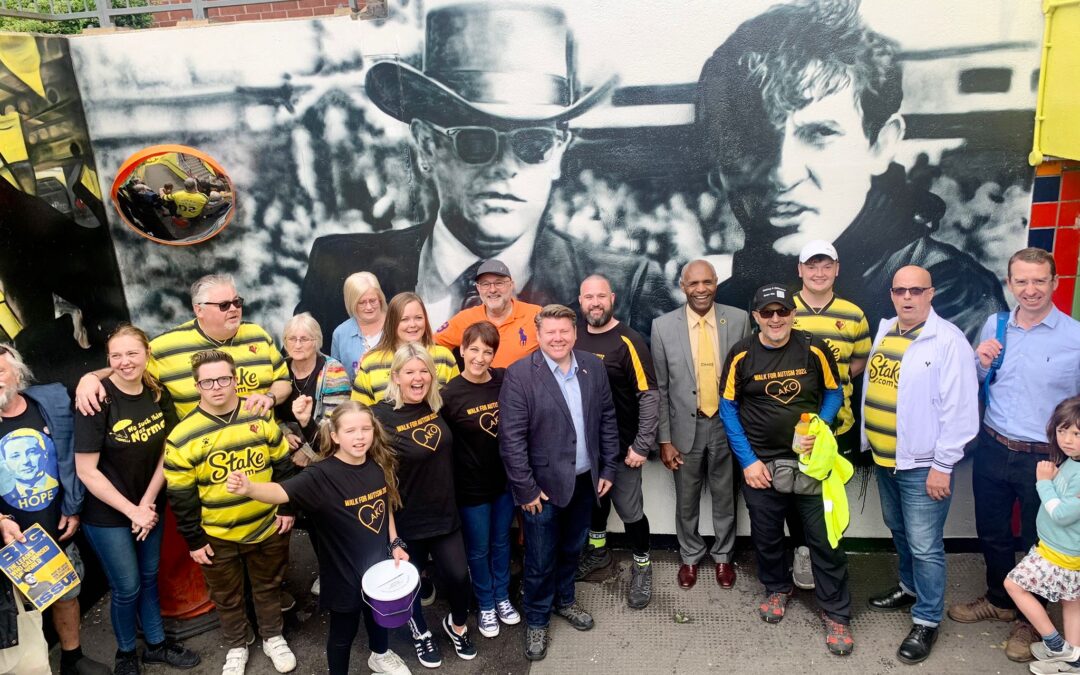 Our story with autism starts in 2008, when our son Jake was born. My wife Zoe and I had to learn about autism from a parent’s perspective and how to advocate for our son. His brother Liam was also amazing as he was the most understanding and compassionate that I have ever seen in a sibling.

What we learnt from Jake’s diagnosis was how to understand people and I took that into the world as a podcast. Autism has always been at the backbone of the podcast as I believed it did help me understand other people so much better than if we did not have it in our lives.

We met Anna on the podcast in 2021 and we talked about her petition of who would look after her children when she is no longer around, and this petition really spoke to us.

During the chat we mentioned that we like to fundraise every year and last year we raised over £1,000 for the National Autistic Society and talking to Anna and seeing what great work that Anna Kennedy Online did, we wanted to do something in 2022 for that charity.

Then it came time to plan our fundraiser. We had completed seventeen miles around Milton Keynes in May 2021 for NAS but wanted to go bigger.

So, we had the idea to walk from Leicester City’s King Power Stadium to Watford’s Vicarage Road Stadium (Rich is a huge Watford fan, so, this was something big for him to do), we wanted to coincide the walk with the fixture between the same teams in May 2022, so we would start at one stadium and finish before kick-off of the match at the other stadium. 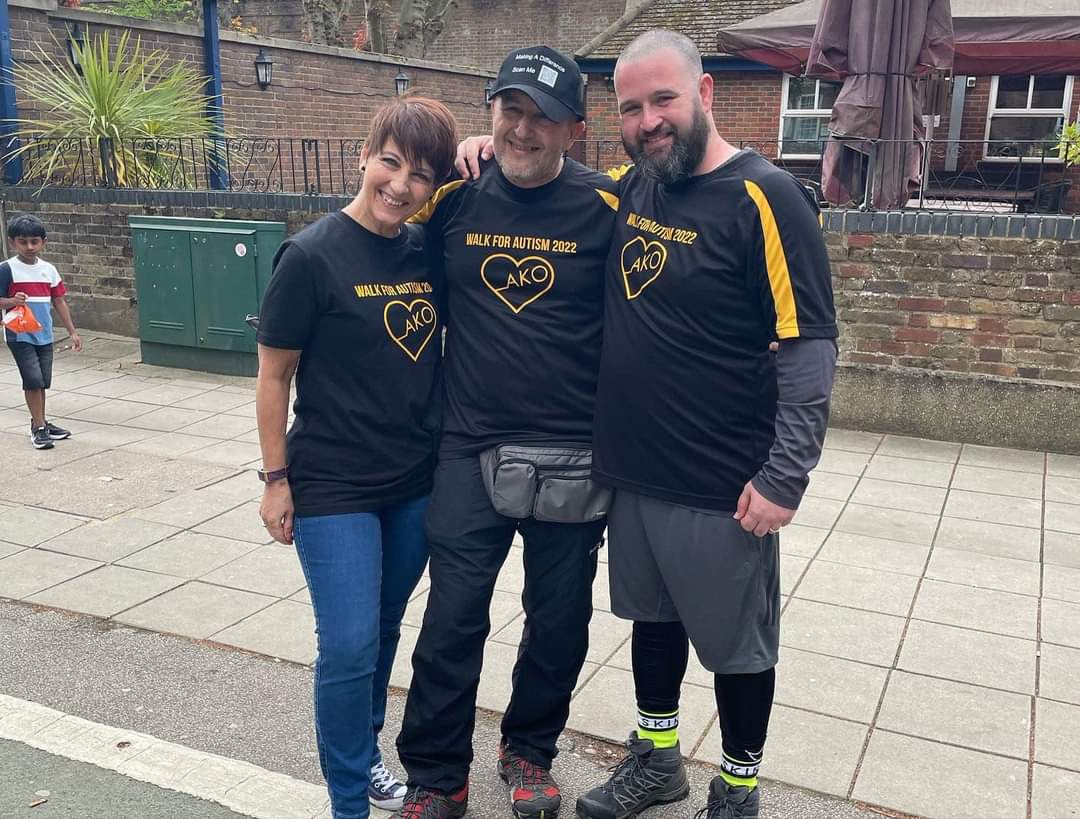 We knew we needed help, so we called upon our friend and experienced charity walker, Godwin ‘Goddo’ DeBattista, who had just completed a 165 mile walk across the country. We started planning…

With huge thanks to Anna, Jo Wiggins, Dave Messenger (from Watford) & Jim Donnelly (From Leicester City), we managed to set up the walk and we started on the 13th of May 2022 inside the King Power Stadium.

Day One, dressed in our fantastic kits supplied by Born Anxious, was a 32.5 mile walk from Leicester to Wootton in Northamptonshire, which took us 11.5 hours to complete. It was a challenging day as it was 20+ miles of rural walking, but with the help of the social media support we managed to get it done in good time and set us up for a great day two.

On Day Two, we were joined by four other walkers (friends) who joined us from Northampton through Milton Keynes into Leighton Buzzard as we completed another 32.5 mile walk in another 12-hour walking day. The views of the Grand Union Canal and our friends, visits with refreshments from Rich’s lovely wife, Zoe were enough to get us through a tough but enjoyable day two.

On the final day, we started at 4am and after another 17.5 miles of walking at midday were met in Watford by Anna, Jo, Lucy, Rich & Goddo’s family and friends, as well as Watford FC legend, Luther Blissett, Watford Mayor, Peter Taylor and MP of Watford, Dean Russell for the final mile to the Graham Taylor statue outside Vicarage Road Stadium to complete this epic walk.

We are delighted to support such a great charity who have helped us every step of the way and given us the opportunity to create something as unique and wonderful as this walk.