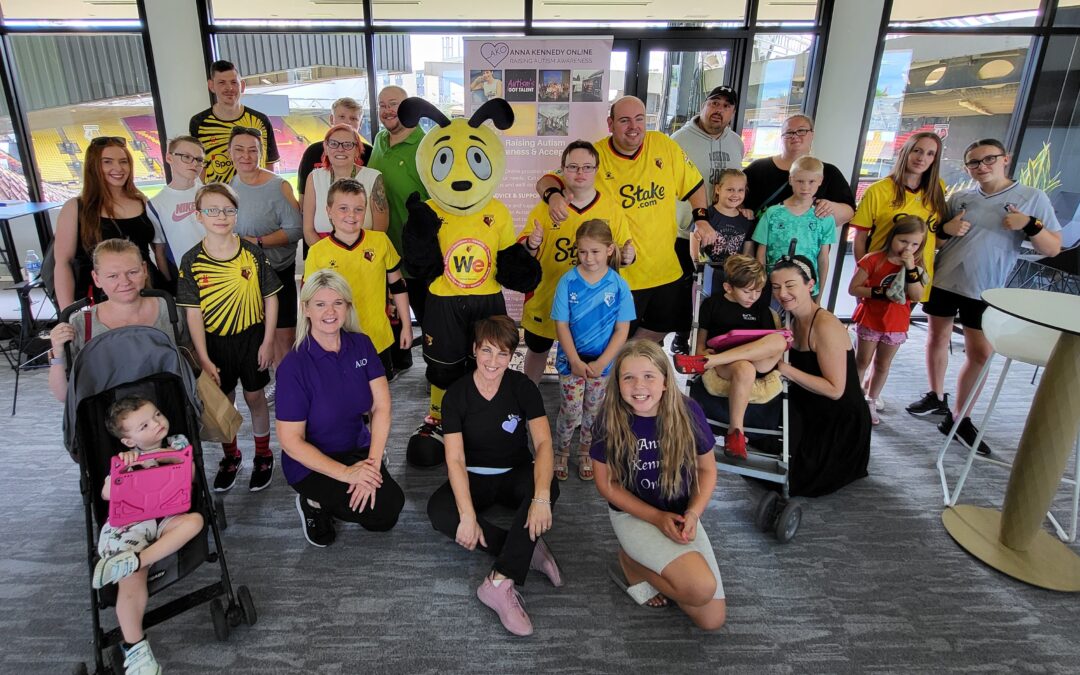 Watford FC welcomed a charity which raises awareness and acceptance of autism to Vicarage Road.

Founder Anna Kennedy OBE and her charity Anna Kennedy Online were invited to the football club for a day which ended up capturing some special memories.

It was a special day for all the families who were wowed by the stadium view. Some families had never been to a football ground before.

The group of families visited the sensory room at the club before they were taken on a behind-the-scenes tour of the club’s dressing room, players’ tunnel, before posing for a picture with mascot Harry the Hornet.

Anna Kennedy Online has thanked Watford FC’s supporter and liaison and Senior Disability access Manager Dave Messenger for the hospitality he gave on the day.

Jo Wiggins charity champion from Anna Kennedy Online said: “What an amazing day we had. We received fantastic responses from families saying they could just be themselves, not be judged and be treated like VIPs. We cannot thank the club enough.”

In November, the club will be collaborating once again with the charity for their campaign ‘Give us a Break!’ During Antibullying Week in November.